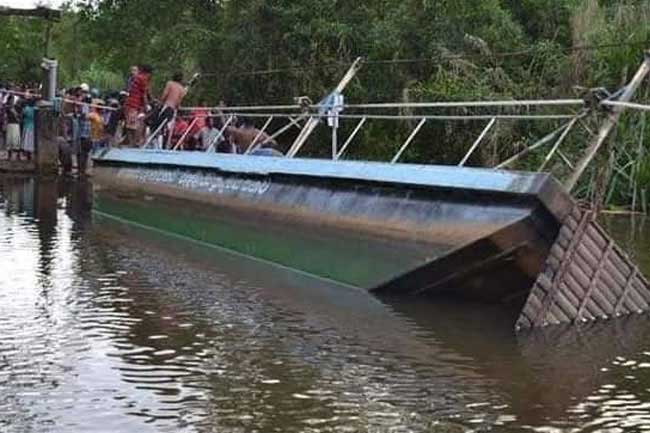 The death toll from the capsizing of a passenger ferry in the Kuringankerni lagoon in Kinniya has increased to eight after another person who had been injured in the accident succumbed to injuries.

A 41-year-old woman who was being treated at the Killinochchi Hospital for around two weeks following the incident, had passed away last night (04), according to Kinniya Police.

Initially six persons including four children – between the ages 03 and 08 - had died when a passenger ferry transporting a group of 25 persons, including school children, had capsized on the morning of November 23.

Dozens more were injured and admitted to hospitals in Kinniya, Killinochchi and Trincomalee following the incident that occurred at around 7.30 a.m., when the ferry had been transporting a group of children and teachers on their way to school.

Meanwhile a six-year-old girl who was being treated at the Trincomalee Hospital, after being injured in the ferry incident, had passed away on November 27.

Police had arrested the owner and the two operators of the ferry which had capsized and the following day the Chairman of the Kinniya Urban Council was also arrested in connection with the incident.