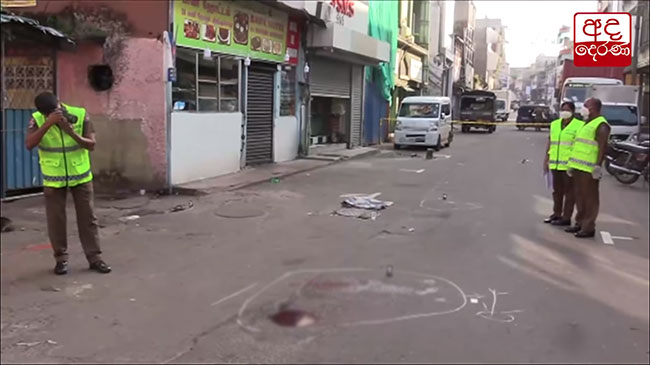 Sri Lanka Police says that four suspects have been arrested over the murder of underworld figure “Keselwatte Fawas” on Saturday night.

The Colombo Crimes Division (CCD) has arrested the suspects while 04 swords and a car have also been taken into custody.

A person had been hacked to death at around 11.00 p.m. on Saturday (04) night on Old Moor Street in Keselwatta.

The victim was later identified as 33-year-old Mohamed Kamil Mohamed Fawas also know as “Keselwatte Fawas”, a resident of Colombo 12.

Police suspect that the murder was the result of a rivalry between to criminal groups and also suspect that the hit was carried out by members of the underworld gang of ‘Keselwatta Dinuka’.

It was also reported that the killers had arrived in a car to carry out the murder.