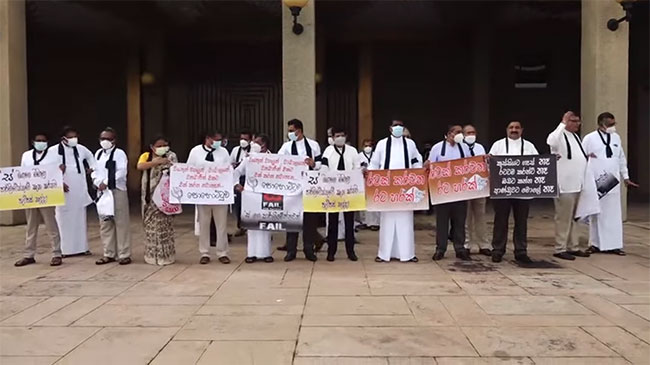 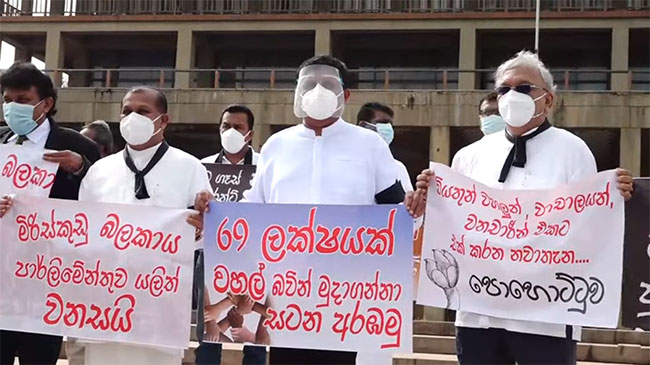 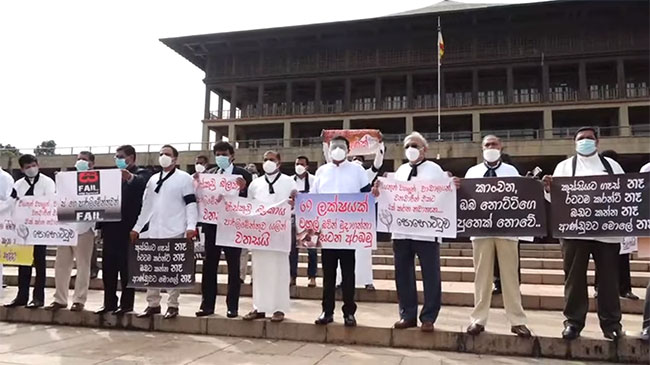 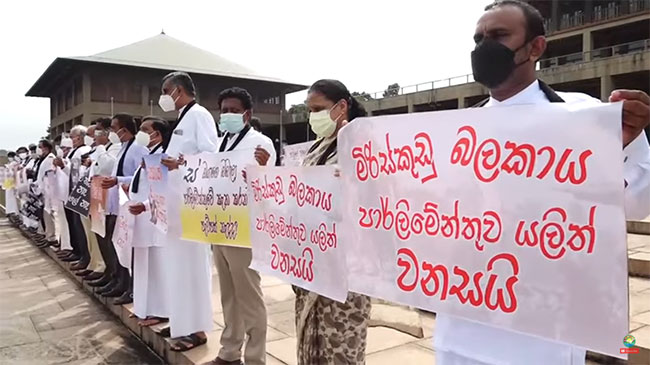 SJB MPs protest outside the Parliament

Parliamentarians of the Samagi Jana Balawegaya (SJB) are staging a protest near the Parliament and have decided to boycott parliamentary sessions.

SJB MPs protested along the steps to the parliament, against the alleged acts of violence by the ruling party MPs and refused to enter the Chambers until their safety is assured.

Wearing black armbands and scarves, they held placards with slogan criticizing the government and member of the Sri Lanka Podujana Peramuna (SLPP) over their behavior in the House.

MP Ranijth Madduma Bandara stated that the SJB members have returned to their party office following the protest.