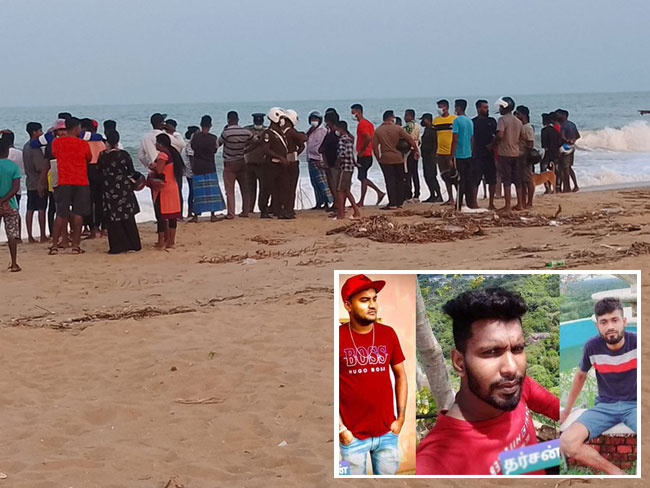 Three youths have drowned after being swept away by strong waves while sea bathing near a beach in Mullaitivu.

Police said that the three youths, who are from Vavuniya, had drowned last evening (05) and that one of the bodies had been recovered last evening itself.

The two other bodies were recovered this morning (06) following search operations.

The deceased have been identified as Shivalingam Shakeelan (26), Manoharan Danushan (27) and Vijayakumar Dharshan (26), who are residents of Madawaiththikulam and Thonikal areas in Mullaitivu.

Shakeelan’s body had been recovered last evening itself while the bodies of the other two youths wre recovered by navy personnel this morning.

Residents of the area said that the youths in question had traveled to Mullaitivu yesterday morning in a van and that the incident had occurred as they were bathing in the sea.

The bodies of the drowning victims have been placed at the Mullaitivu Hospital for the postmortem examination.