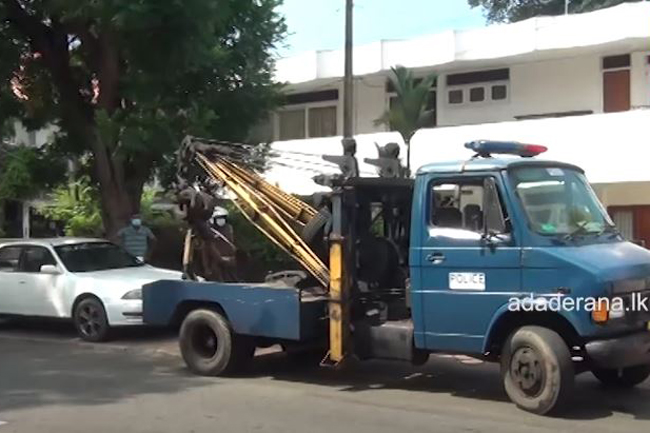 Police to tow away vehicles parked on the pavements in Colombo

Sri Lanka Police has initiated an operation to tow away the vehicles parked on the pavements in the administrative districts of Colombo Municipal Council.

Speaking to Ada Derana, the traffic police division noted that parking vehicles on the pavements is an offence under the provisions of the National Thoroughfares Act.

The police said they would strictly enforce the law regarding the vehicles parked on the sidewalks for the sake of the convenience of pedestrians who commute daily in the city of Colombo.

The police will reprimand the motorists who park their vehicles on the pavement, however, if the owners are absent, such vehicles will be towed away to nearby police station.