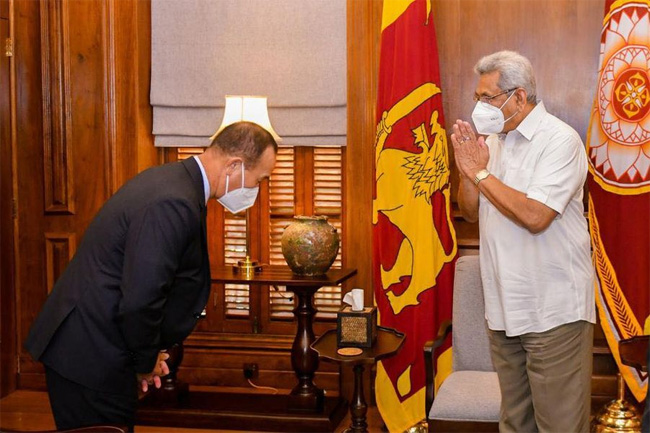 This is Mr. Lekphell’s first visit to Sri Lanka since being appointed as the Secretary-General of BIMSTEC on November 06 last year.

The Secretary-General expressed his appreciation to President Rajapaksa for Sri Lanka’s contributions to BIMSTEC, over the years, as a founding member of the Organisation.

The Head of State expressed his commitment to work with the other Member States and the Secretariat to explore ways and means of ensuring that regional cooperation efforts through BIMSTEC translate into meaningful and tangible benefits that would directly impact the people of the region.

He noted that Sri Lanka has focused on facilitating the strengthening of the institutional framework and structures of BIMSTEC through the completion of the BIMSTEC Charter.

For BIMSTEC’s future activities, specific areas need to be shared between member countries. Science, Technology, Innovation are the main areas relevant to Sri Lanka. The President pointed out that it is planned to present an action plan in this regard.

The President also expressed confidence that the 5th BIMSTEC Summit, which could not be held on time due to the COVID-19 pandemic, would be held as early as possible, in 2022.