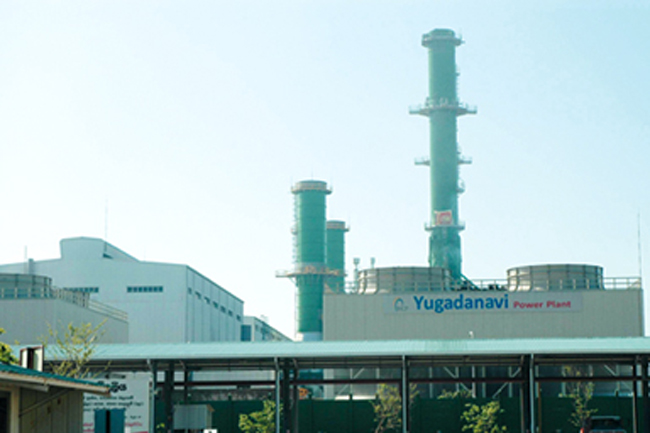 The Ministry of Finance will brief the Cabinet of Ministers on the issue concerning the Yugadanavi Power Plant in Kerawalapitiya.

The briefing will take place at the meeting of the Cabinet of Ministers scheduled for next Monday.

According to reports, the Cabinet will be briefed on the agreement signed with the New Fortress Energy to transfer shares in West Coast Power Limited (WCP) - the owner of the 310 MW Yugadanavi Power Plant to the US-based company.

Meanwhile, the Fundamental Rights (FR) petitions filed against the Yugadanavi Power Plant deal have been fixed for consideration on December 16 and 17 by the Supreme Court.

Chief Justice has appointed a five-member judge bench of the Supreme Court to hear the Fundamental Rights (FR) petitions filed against the Yugadanavi Power Plant deal.