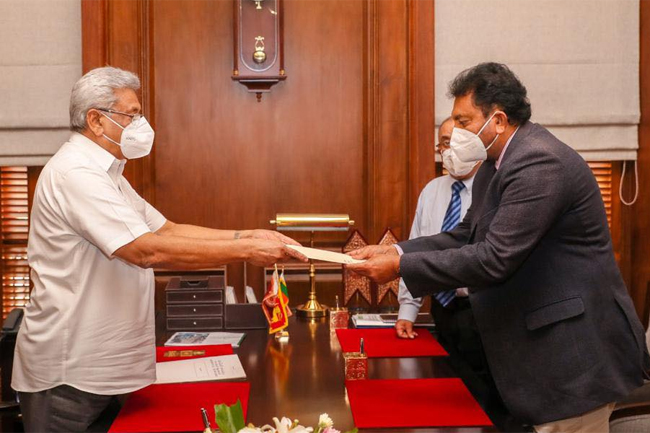 Admiral of the Fleet Wasantha Karannagoda has been appointed as the Governor of the North-Western Province, says the President’s Media Division (PMD).

He was sworn in before President Gotabaya Rajapaksa at the Presidential Secretariat today (December 09).

Karannagoda has previously served as the Ambassador of Sri Lanka to Japan.

His new appointment came two days after the demise of Raja Collure, the Chairman of the Communist Party of Sri Lanka.

Collure served as the North-Western Province Governor until he passed away at the age of 83 while receiving treatment for COVID-19.