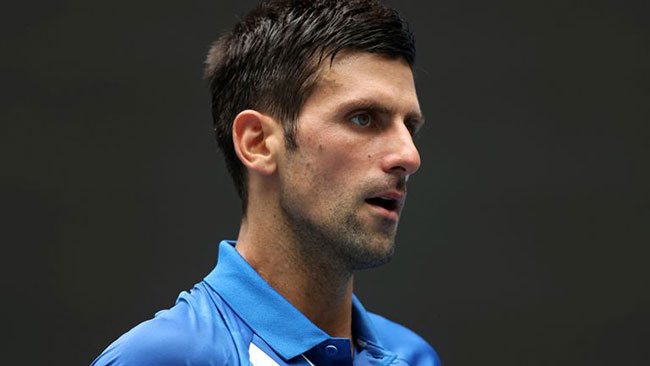 (AP) — Tennis star Novak Djokovic’s hopes of playing at the Australian Open were dashed Sunday after a court dismissed the top-ranked tennis star’s appeal against a deportation order.

The decision likely means that Djokovic, who is not vaccinated against COVID-19, will remain in detention in Melbourne until he is deported.

Deportation usually occurs as soon as possible after an order unless prevented by court action. The government has not said when Djokovic will leave.

A deportation order also usually includes a three-year ban on returning to Australia.

Chief Justice James Allsop said the ruling came down to whether the minister’s decision was “irrational or legally unreasonable.”

“It is no part of the function of the court to decide upon the merits or wisdom of the decision,” Allsop said.

The panel of judges did not provide written explanations for their decision on Sunday. Those would be released in the coming days, Allsop said.

“This is not an appeal against the decision of the executive government,” Allsop said. “It is an application to the court as a separate arm of the government … to review … the lawfulness or the legality of the (minister’s) decision.”

Djokovic was also ordered to pay the government’s court costs.

The court process that Djokovic had hoped would to keep his aspirations alive for a 21st Grand Slam title was extraordinarily fast by Australian standards.

Within three hours of Hawke’s announcement on Friday afternoon that Djokovic’s visa was cancelled, his lawyers were before a Federal Circuit and Family Court judge to initiate their challenge to the decision.

The case was elevated to the Federal Court on Saturday and submissions were filed by both sides that same day.

The three judges heard the case over five hours on Sunday and announced their verdict two hours later.

Between the end of the hearing and the verdict, Tennis Australia, the tournament’s organizer, had announced that Djokovic was scheduled to play the last match on Monday at the Rod Laver Arena.

He was due to play Miomir Kecmanovic, a fellow Serb ranked 78th in the world.

Tennis Australia had no immediate comment on the star player’s legal defeat.

The minister cancelled the visa on the grounds that Djokovic’s presence in Australia may be a risk to the health and “good order” of the Australian public and “may be counterproductive to efforts at vaccination by others in Australia.”

Djokovic’s visa was initially cancelled on Jan. 6 at Melbourne’s airport hours after he arrived to compete in the first Grand Slam of 2022.

A border official cancelled his visa after deciding Djokovic didn’t qualify for a medical exemption from Australia’s rules for unvaccinated visitors.