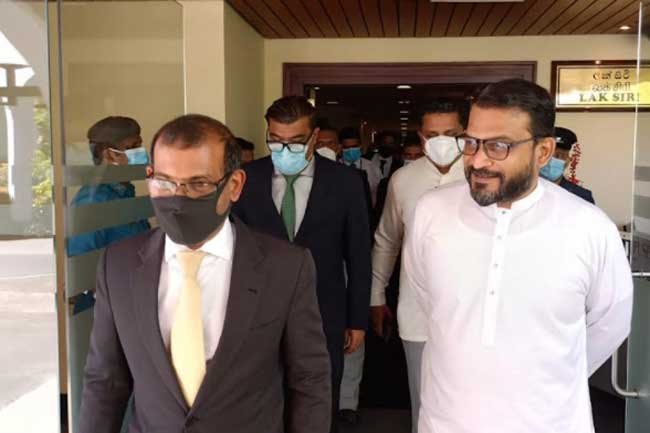 The Speaker of the Maldivian Parliament (People’s Majlis of Maldives) Mohamed Nasheed arrived in Sri Lanka on Sunday for an official visit.

He was received at the Bandaranaike International Airport (BIA) in Katunayake by the State Minister of Regional Co-operation Tharaka Balasuriya.

Nasheed was targeted in an assassination attempt on May 6, as he was heading out to attend an event in an island.

The attack, which saw a remote-controlled IED explode near his residence in the center of Malé City, caused serious injuries to the former president of Maldives.

The shrapnel pieces from the bomb blast caused a substantial amount of damage to his internal organs, but had missed some vital arteries and organs.

Speaker Nasheed had undergone 16 hours of live-saving surgery at hospital. 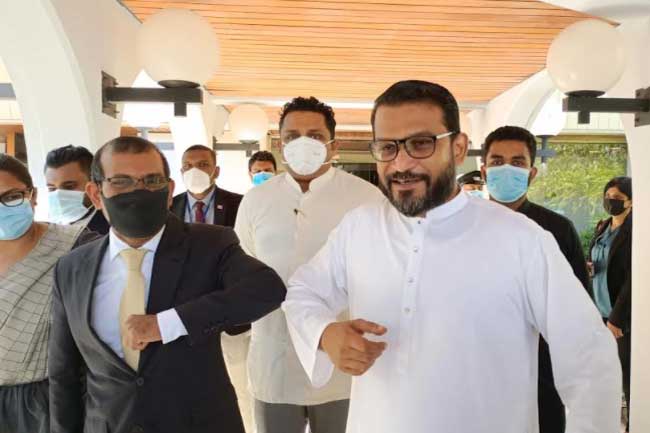 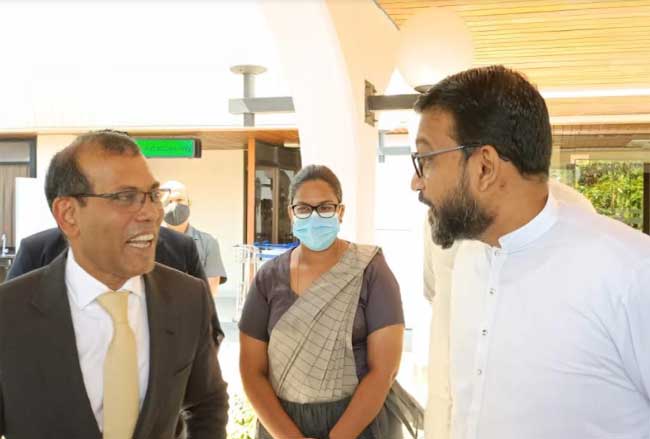