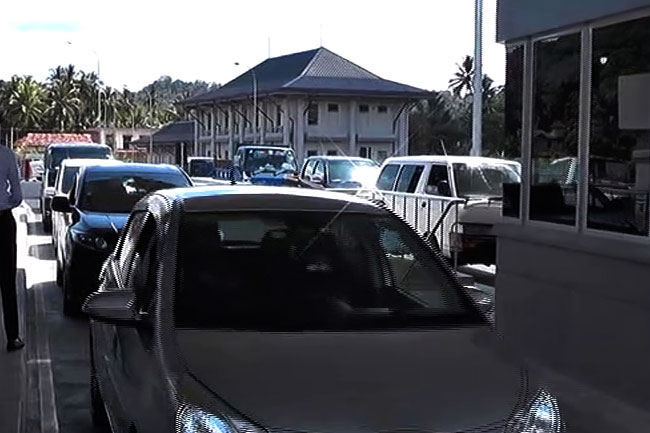 Severe traffic congestion has been reported at the Mirigama Exit of the Central Expressway.

The Mirigama-Kurunegala section of the Central Expressway was opened to the public yesterday (15) by the President and Prime Minister.

The Ethugalpura Entrance, the second phase of the Central Expressway which spans 40.91 km in distance, has five interchanges at Mirigama, Nakalagamuwa, Dambokka, Kurunegala and Yaggapitiya.

Travel on the newly-opened stretch of the expressway was toll-free until this afternoon (16).