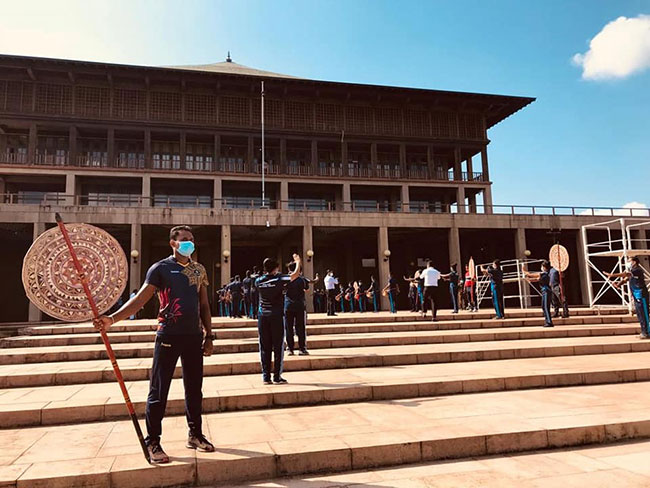 All set for ceremonial opening of second session of 9th Parliament

Preparations are underway at the Parliament premises for the ceremonial opening of the Second Session of the Ninth Parliament tomorrow (18).

Meanwhile, President Gotabaya Rajapaksa is scheduled to present the Government Policy Statement in Parliament on Tuesday the 18th at 10.00 am in accordance with the powers vested in him by Article 33 (2) of the Constitution.

Prior to this, the second session of the Ninth Parliament will be ceremonially opened under the patronage of the President, Parliamentary Secretary General Dhammika Dasanayake said.

On the instructions of the President, arrangements have been made to hold the ceremony in a very simple manner and thus there will be no gun salutes or car parades. Instead, the President will be received in front of Parliament with a cultural salute with the participation of the Police Cultural Division.

Speaker Mahinda Yapa Abeywardena and the Secretary General of Parliament Mr. Dhammika Dasanayaka will be welcoming the President Gotabaya Rajapaksa at the main steps of the Parliament building.

The students of President’s Girls’ College, Sri Jayewardenepura will line up for the recital of Jayamangala Gatha at the main entrance of the Parliament Building in welcoming the President.

Following the presentation of the Government Policy Statement by the President, the House will be adjourned. Afterwards, a tea party has been organized for the Members of Parliament and invited guests.

He also stressed that the second session of the Ninth Parliament will be ceremonially opened while adhering to all health guidelines.