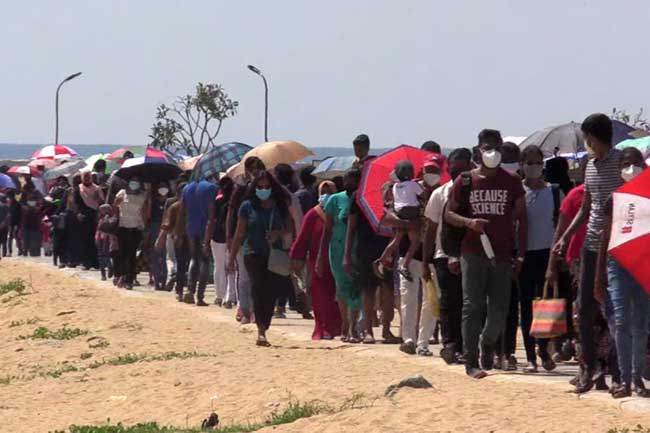 More than 89,500 visit Port City Marina Promenade in just over a week

A staggering number of 89,540 people have visited the Colombo Port City Marina Promenade within the past 8 days, Ada Derana learns.

The 500m public walking path was declared open at an event marking the 65th diplomatic anniversary between China and Sri Lanka on January 09.

Subsequently, the public was allowed to visit the Port City Marina Promenade from January 10 onwards between 9.00 a.m. and 6.00 p.m. by foot.

The entrance is located in front of the Presidential Secretariat in Colombo.