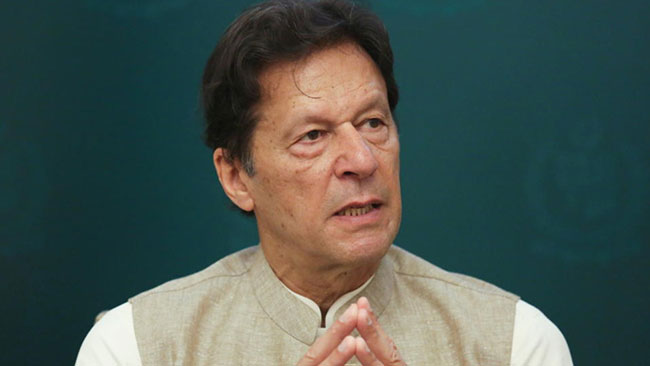 Pakistani Prime Minister Imran Khan on Tuesday appreciated the business community of Sialkot and Rajco Industries for extending assistance to the widow of Sri Lankan national Priyantha Kumara who was killed by a violent mob in Sialkot last year.

Taking to Twitter, PM Khan said the business community of Sialkot transferred one hundred thousand dollars to the account of the widow. Therefore, Priyantha Kumara’s widow will receive a monthly salary of two thousand dollars for the next ten years.

“I want to appreciate the Sialkot business community for transferring $ 100,000 to the account of Priyantha Kumara’s widow & Rajco Industries for transferring monthly salary of $ 2000 to her account – which they will do for 10 yrs,” PM Khan tweeted.

Important to note, Sialkot Chamber of Commerce and Industry (SCCI) raised $100,000 as financial assistance for the family of Kumara. Monday, the widow received her first salary. After the transfer of money, Special Assistant to PM Dr. Shahbaz Gill shared the images of the payment slips.

SCCI President Mian Imran Akbar said that they are taking appropriate measures ensuring the safety and security of foreign employees.

“It is our responsibility to provide the affected family of the Sri Lankan citizen financial assistance,” he further added.

In December 2021, an angry mob accused a Sri Lankan factory manager, Priyantha Diyawadana, of blasphemy by allegedly tearing up posters containing holy verses. As a result, they beat him to death. Later they burned his body.

Videos of the incident went viral on social media and left the entire nation horrified and shocked. The brutal murder drew widespread condemnation from senior government members, including the prime minister and president, as well as the military’s top leadership. Authorities immediately came into action to arrest those responsible for the horrible incident in Sialkot.

As a result, the police arrested more than 100 suspects, including two described as the main accused. Furthermore, according to a handout issued by the Punjab police spokesman, a case has been registered under the provisions of the Anti-Terrorism Act with the police as the complainant.