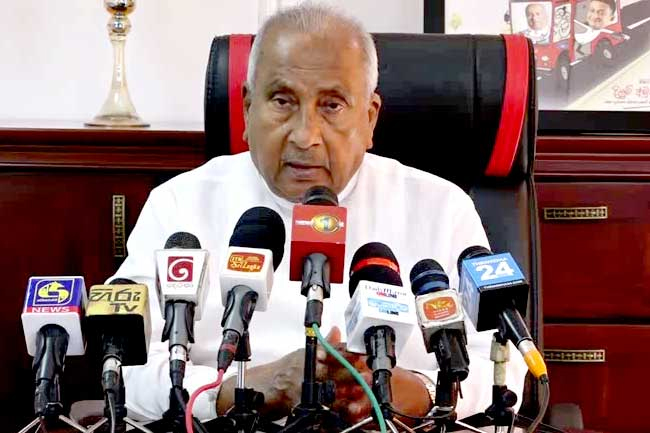 LIOC turns down request for fuel supply to CEB

Lanka Indian Oil Corporation (LIOC) has turned down the request made by the Ministry of Power for fuel supply to the Ceylon Electricity Board (CEB) required for electricity generation, says Minister Gamini Lokuge.

The company has stated that it does not possess extra stocks of fuel at the moment.

This was conveyed during a crucial discussion held between the officials of the Power Ministry and LIOC today (January 18) on the possibility of obtaining fuel in order to maintain an uninterrupted power supply.

Minister Lokuge had said earlier that the CEB would seek fuel supplies needed to generate power until January 22 until the Norochcholai power plant in restored.

Despite LIOC declining the ministry’s request, the lawmaker is hopeful that necessary facilities will be available by later today to obtain fuel from the oil tanker docked at the Colombo Port.

Addressing a media briefing following the meeting, Minister Lokuge said the matter was also taken up with the Central Bank Governor.

Speaking further, he said approximately 90-minute disruptions to the power supply can be expected if this oil tanker is unable to supply fuel.

Authorities have already been instructed to prepare a schedule in the event of such power cuts, he added.