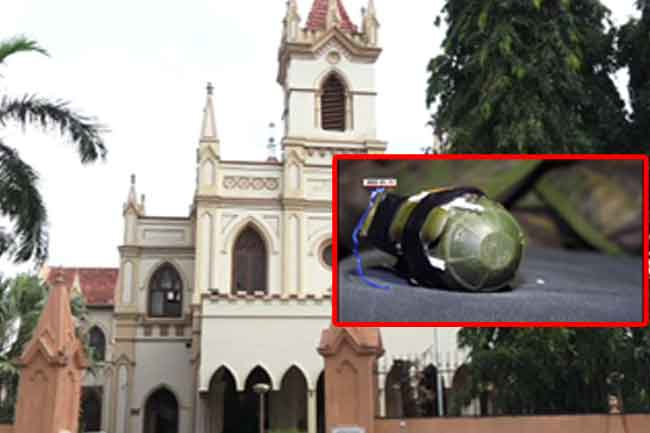 A retired doctor has been arrested in connection with the hand grenade which was recently found planted inside All Saints’ Church in Borella.

He was taken into custody in the area of Piliyandala by the crimes investigation unit of the Colombo South Division.

According to the police, lengthy interrogations into the 65-year-old suspect who was apprehended in the Panamura area in Embilipitiya had led the investigators to the arrest of this retired medical officer.

Reportedly, the suspect, who previously served as a doctor of the Piliyandala District Hospital, had later run a private medical clinic in the proximity of the hospital.

The other suspect in question has once served as the security guard of this medical clinic.

Investigators have uncovered that it was this retired doctor who handed over the hand grenade and money to the first suspect and the reason for this is yet to be uncovered.

It has been revealed that the hand grenade discovered inside a prominent private hospital in Narahenpita was also planted by this retired doctor, however, he is slated to be interrogated at length to confirm this charge, the police said.