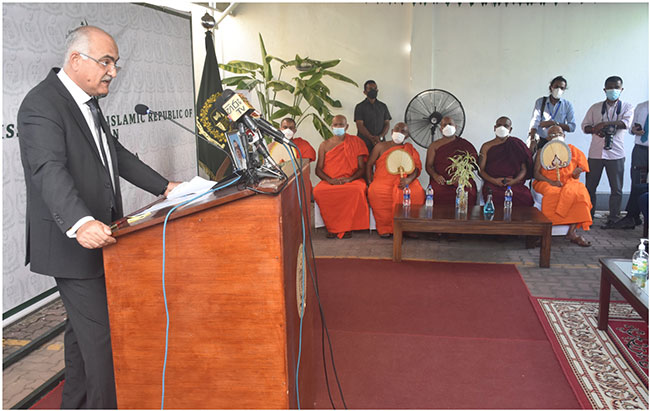 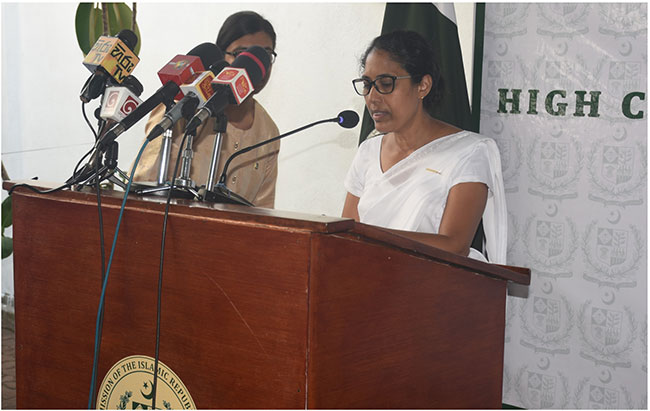 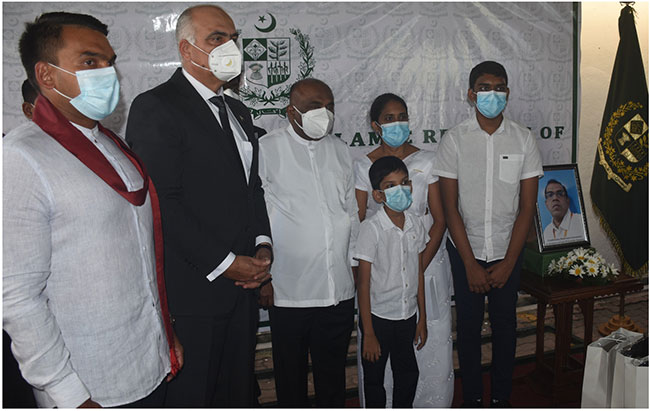 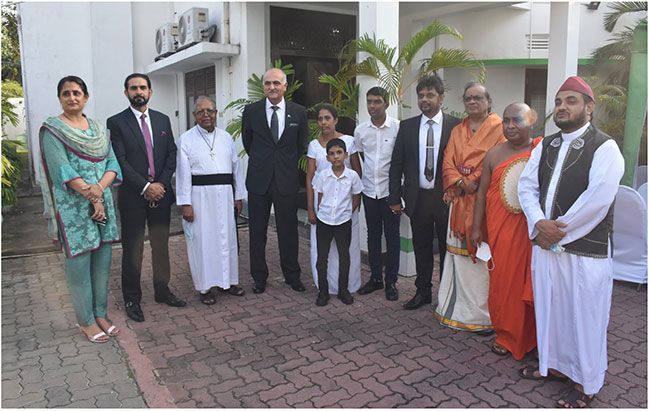 High Commissioner-designate of Pakistan to Sri Lanka Major General (R) Umar Farooq Burki Thursday said each and every person in Pakistan from the Prime Minister Imran Khan to a common man on the street was aggrieved and strongly condemned the inhumane act of killing of late Priyantha Kumara.

He was speaking at a reference organized by the Pakistan High Commission, Colombo in memory of late Priyantha Kumara.

On December 3, 2021, 49-year old Sri Lankan Priyantha Kumara was lynched by a mob in Sialkot.
The ambassador said Prime Minister of Pakistan Imran Khan had announced that the business community of Sialkot promised to collect USD 100,000 for the family of the deceased.

He said the assistance from Sialkot business and trade community had already been delivered to the account of Ms. Nilushi Dissanayaka, widow of Priyantha Kumara. She had also received the first salary cheque in her bank account which had been promised for 10 years by Rajco Industries where late Priyantha was employed.

He offered prayers for the departed soul and paid condolence to the widow and family of late Priyantha Kumara.

“All Pakistanis living in Pakistan or abroad have always strongly condemned such happenings anywhere in the world.

“We, as human beings, believe in the peaceful coexistence of people regardless of their religious belief.”

He said Pakistan’s government was determined to strictly deal with anyone found involved in cruelty by using religion.

On strict directions of the Prime Minister of Pakistan, the trial of the murderers and abettors was going on a daily basis and Prime Minister was directly supervising the proceedings of this trial.

General Burki, at the end of the reference thanked the participants who joined despite their busy schedule and reaffirmed the commitment to continue working towards improving friendly relations between Pakistan and Sri Lanka.

The widow of Priyantha Kumara thanked the Government of Pakistan for delivering on the promise and ensuring fair and speedy trial.