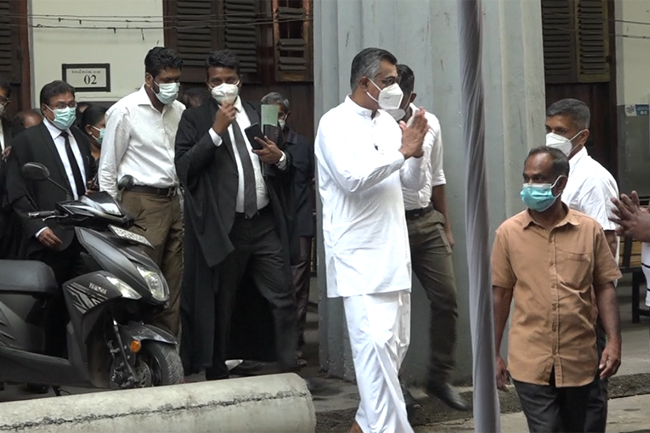 Further hearing of the case against MP Patali Champika Ranawaka over the alleged hit-and-run in Rajagiriya in 2016 has been fixed for February 18.

The lawmaker appeared before the Colombo High Court this morning.

When the case was taken up last week, the SJB parliamentarian did not appear before the court as he had been admitted to a private hospital at the time.

Accordingly, the Colombo High Court had ordered the Colombo Chief Judicial Medical Officer (JMO) to examine MP Ranawaka and to submit a report on his health condition.

The parliamentarian is accused of concealing evidence and fabricating evidence in relation to the 2016 road accident in Rajagiriya, which resulted in serious injuries to a youth.