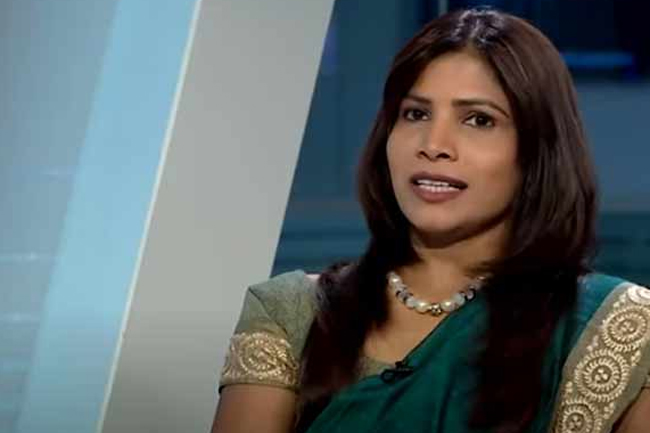 The Director-General of the Department of National Zoological Gardens, Shermila Rajapakshe has temporarily withdrawn from duties, calling for a proper investigation into the employees at the Dehiwala Zoo who had launched a trade union action and engaged in sabotaging activities that threatened the lives of the animals at the premise.

Calling for an investigation to be conducted within a period of 14 days, Rajapakshe said she would resign from her position if a conducive work environment is not ensured.

Rajapakshe deplored the trade union action launched by a group of employees at the Dehiwala Zoo, which she called “arbitrary and destructive.”

She also said the manner in which these employees behaved in front of the media, displaying a lack of discipline and damaging the reputation of the institution, is despicable.

The director-general alleged that these employees had threatened those who did not support the trade union action and carried on their duties. They had also publicized erroneous figures on the deaths of animals at the Dehiwala Zoo and levelled baseless allegations and made derogatory statements towards the institution, its veterinary surgeons and her, Rajapakshe stressed.

Rajapakshe vowed that she would not let these employees to put the lives of the zoo animals in danger. 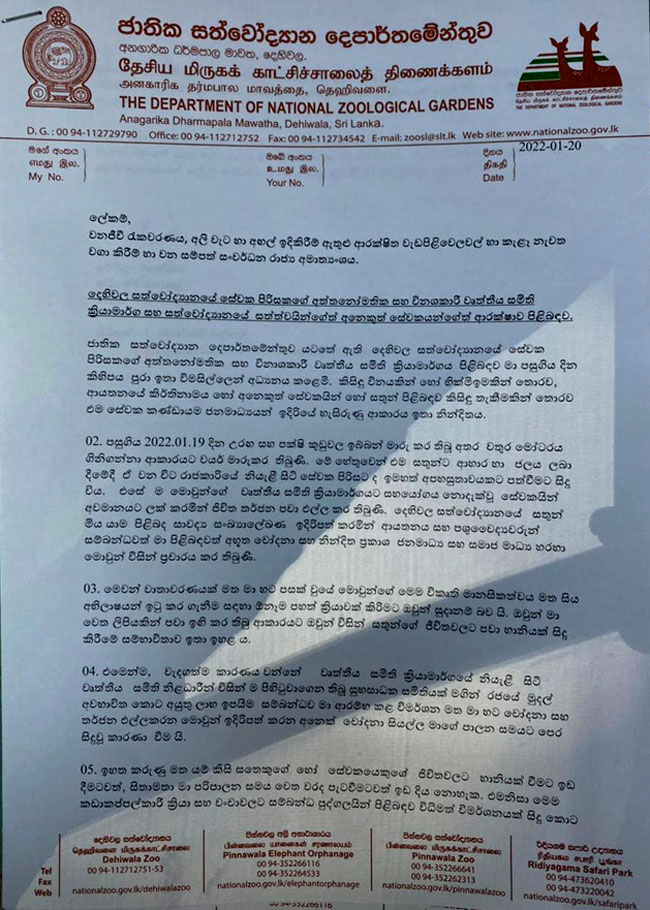 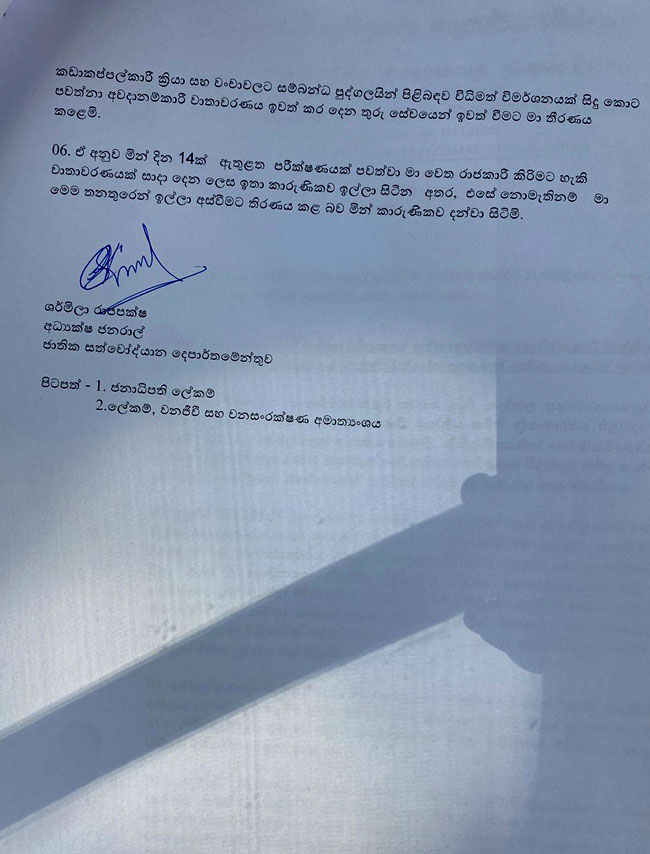