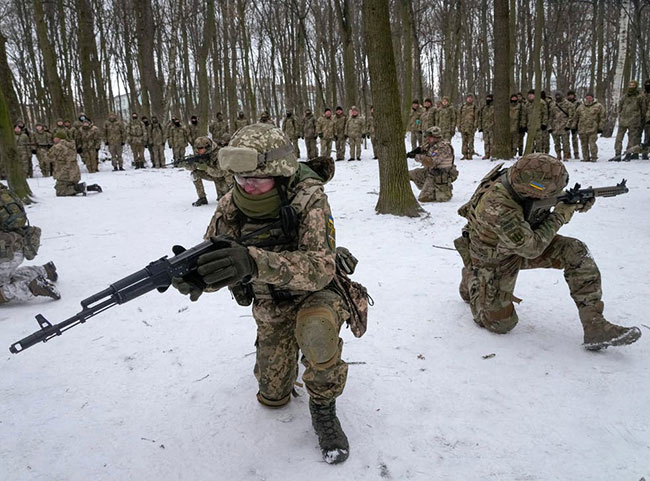 The Foreign Secretary of the United Kingdom issued an unusual statement on Saturday claiming to have exposed a Kremlin plot to install a pro-Russian leader in Ukraine.

The statement said Russia intends to make the move while it considers “whether to invade and occupy Ukraine.” The statement also identified former Ukrainian MP Yevhen Murayev as the potential candidate to be installed in Kyiv.

“The information being released today shines a light on the extent of Russian activity designed to subvert Ukraine, and is an insight into Kremlin thinking,” Foreign Secretary Liz Truss said in the statement.

Truss continued: “Russia must de-escalate, end its campaigns of aggression and disinformation, and pursue a path of diplomacy. As the UK and our partners have said repeatedly, any Russian military incursion into Ukraine would be a massive strategic mistake with severe costs.”

Russia’s Ministry of Foreign Affairs denied the allegations in a tweet on Saturday, calling Truss’ statement “disinformation” and “yet another indication that it is the @NATO members led by the Anglo-Saxon nations who are escalating tensions around #Ukraine.”

The account urged the British government to “stop spreading nonsense.”

Ukraine’s military intelligence service accused Russia on Friday of smuggling weapons into eastern Ukraine and of continuing to “increase the combat capabilities” of pro-Russia separatist factions. As Insider’s Ryan Pickrell reported, satellite images in recent days have shown Russia amassing tens of thousands of troops near the Ukrainian border.

Truss’ statement on Saturday also said the British government has received information suggesting that the Russian intelligence services have been maintaining contact with “numerous” former Ukrainian leaders — including a former prime minister.

“Some of these have contact with Russian intelligence officers currently involved in the planning for an attack on Ukraine,” the statement said.

The statement did not detail any evidence behind its claims, nor did it provide further details on how Russia would enact the alleged plot.

The New York Times, citing unnamed British officials familiar with the situation, reported that Truss’ statement was meant in part to show Russian President Vladimir Putin that his plans have been revealed. The newspaper cited two unnamed US officials who said they believe Britain’s intelligence is correct.