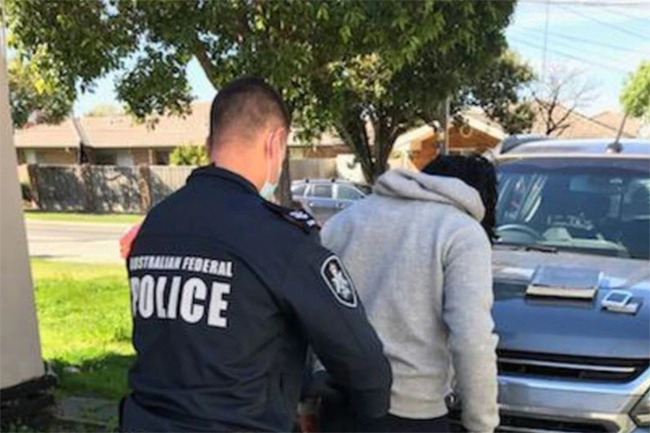 An international student who convinced young girls to send him lewd images and videos before sending the content to their families and friends has pleaded guilty to all charges.

The Sri Lankan national, who is in Australia on a bridging visa while he studies at Deakin University, coerced young girls into sending explicit images and videos.

If they failed to comply with his demands for more, Amarasinghe sent the initial material to their families and friends while threatening the girls, some of whom were overseas, that he would “ruin them” and that “wh--es deserved to be exposed”, the court heard.

“I’m not feeling very nice today so you’re going to send me nude pics,” he told one of his victims.

In an online exchange, Amarasinghe also demanded a person who knew one of his victims: “Tell her that this is just the start.”

When one of his victims took too long to reply to his request Amarasinghe told her was “going to send them (pictures) all. You’re f--ked”.

Amarasinghe’s offending began in 2018 and continued until 2020 when he was arrested at a home in Doveton that September following an investigation by Australian Federal Police.

He was initially charged with 16 offences but more were added following further investigations, including publishing child pornography online.

The court was told Amarasinghe used fake names such as “John” to contact his victims, one who was as young as 10 at the time, on various social media platforms including Instagram and Snapchat.

“Victims were encouraged by the offender to send naked pictures and videos of them performing sex acts to the offender,” Prosecutor Krista Breckweg told the court.

“The offender then requested (more videos from) the victims and threatened to send them to family and friends if they didn’t comply.

“He followed through with those threats.”

One of Amarasinghe’s victims issued a heartbreaking impact statement in which she described how her “life turned for the worst”.

“Men now scare me,” she said in her statement.

“Wherever I go I constantly feel like I’m being judged. Sometimes I have to find somewhere to hide and just cry.”

A parent of one of the victims said her daughter now “cries herself to sleep”.

“My daughter has lost a huge part of childhood that she will never get back,” they wrote in their statement tendered to the court.

Judge Douglas Trapnell described the Amarasinghe as a “brutal coward”.

“Your crimes are absolutely abominable,” he told the court.

“It was brutal. It was bad enough to compromise these girls sexually but to carry through with threats.

Amarasinghe is likely to be sentenced to a lengthy prison term before being deported to Sri Lanka.

Judge Trapnell said Amarasinghe’s crimes were “as bad as it gets”.

“It’s not just sharing (content) with circle of paedophiles, it’s a punishment for not complying. In some cases they did comply and he still did it,” he told the court.

“It’s really really serious. This is as bad as it gets. I have never seen anything as bad as this in my career.”

Amarasinghe will be sentenced on February 24.