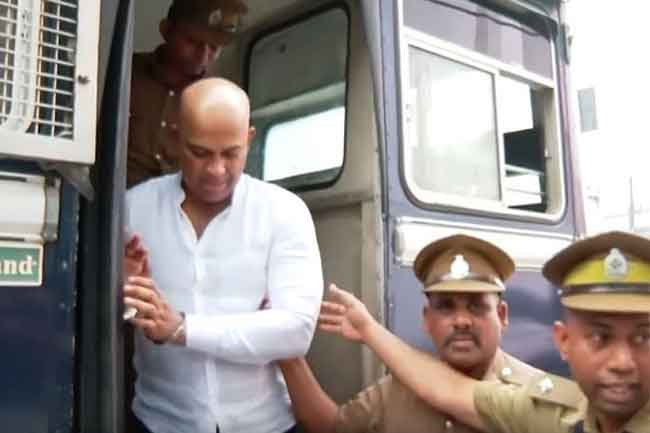 Former MP Ranjan Ramanayake was produced before the Supreme Court this morning (24), for the hearing of the second contempt of court case against him.

He was escorted to the court premises by prison officers in a prison bus, a short while ago, Ada Derana reporter said.

The case was filed against the former Deputy Minister over Contempt of Court charges for allegedly making a controversial statement regarding the composition of the Supreme Court judge bench hearing the petitions filed against the President’s dissolution of Parliament in 2018.

In January last year, Ramanayake was convicted over another contempt of court charge and was sentenced to a prison term of four years rigorous imprisonment.