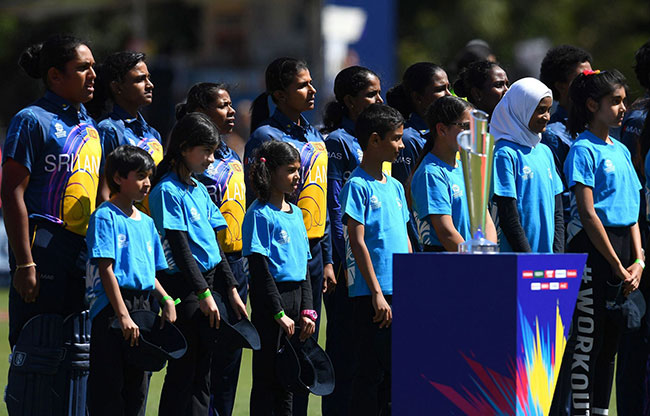 Chamari Athapaththu put in an allround performance as the Sri Lanka Women’s Cricket team beat Bangladesh Women by 22 runs to qualify for the Commonwealth Games.

Athapaththu, who was named Player of the Match and Player of the Series, top scored for the Lankans with 48 runs in just 28 deliveries also also picked up 3 wickets.

Sri Lanka managed to post a score of 136/6 in their allotted 20 overs while Bangldesh were restricted to 114/5.

The two Asian sides clashed in a winner-takes-all showdown on Monday to decide the final cricket berth at this year’s Commonwealth Games.

Bangladesh had thrashed Scotland by nine wickets to move onto three wins from three at the qualifier being played at Kuala Lumpur’s Kinrara Academy Oval, leaving Bangladesh level on points with Sri Lanka.

Sri Lanka yesterday brushed aside the host nation in a 93-run victory.