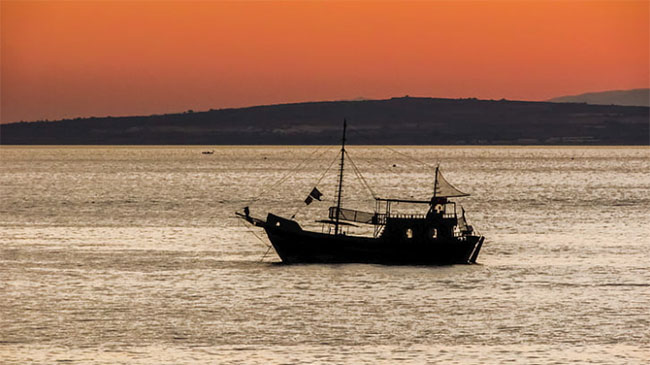 Navy seizes over 330 kg of heroin; 11 arrested in two trawlers

A special operation conducted by the Navy in international waters south of Sri Lanka, led to the interception of a local fishing trawler carrying over 330kg of heroin, with a gross street value of over Rs. 3300 million.

The operation also made way to the apprehension of 11 local suspects and another local fishing vessel in connection to this illegal act. The two arrests were made on 17th and 22nd January 2022, as an extension of Navy’s anti-drug operations.

The special operation was mounted by the Offshore Patrol Vessel SLNS Samudura, based on a coordinated intelligence operation of the Navy Intelligence, State Intelligence Service and Police Narcotics Bureau.

As such, SLNS Samudura, after about 02 weeks of surveillance in international waters about 737 nautical miles (about 1364km) off Dondra, southern coast, intercepted the suspicious local fishing vessel on 17th January.

Subsequent search of the vessel led to the recovery of over 330kg of heroin (including packages) in 309 packages which had been stuffed in 13 sacks.

Meanwhile, the Navy also nabbed 06 suspects aboard and the fishing trawler used for this illegal act.

During further search carried out by SLNS Samudura in the sea area, five (05) more suspects aboard another local multi-day trawler that had arrived to transfer the consignment of seized drugs ashore were held on 22nd January.

Moreover, the Police Narcotic Bureau has arrested five (05) more suspects in connection with the drug racket operating on land and is in search for more suspects connected to the racket.

Information has also been received that the mastermind of the racket is based in Dubai, the navy said.

Meanwhile, the gross street value of the stock of heroin seized in this operation is believed to be over Rs. 3300 million.

The haul of narcotics, the multiday fishing vessels and suspects held are being escorted to Colombo harbour by Sri Lanka Navy as of now. Onward investigations and legal proceedings into the incident will be carried out by the Navy and Police Narcotic Bureau.

Sri Lanka Navy says it has seized more than Rs. 15.86 billion worth narcotics during operations in 2021.