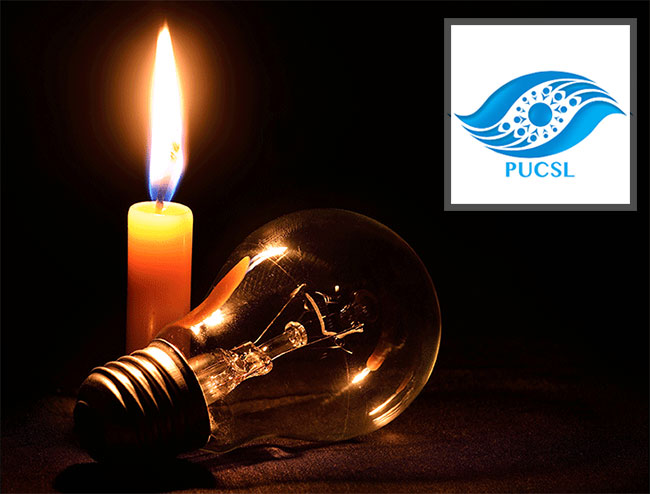 No power cuts until Thursday - PUCSL

The Public Utilities Commission of Sri Lanka (PUCSL) says that power cuts will not be imposed in the country until January 27, as there are sufficient fuel supplies.

Thereafter the situation will be reconsidered depending on the availability of fuel supply, the PUCSL chairman Janaka Ratnayake said.

The Public Utilities Commission of Sri Lanka (PUCSL), the electricity sector regulator, has decided to reconsider the proposal made by the Ceylon Electricity Board (CEB) on 27th January 2022 on power interruption as there is no need for a power cut from today to 27th of January 2022.

It is observed that there are sufficient stocks of fuel to generate electricity during these three (03) days.

“The Ceylon Petroleum Corporation (CPC) has been asked to provide information on existing stocks of fuel and the dates on which they can be delivered to power plants. Sri Lanka is expected to receive a stock of crude oil by the end of this month and after refining the fuel will be supplied to power plants which uses fossil fuels and Naphtha fuel for generation of electricity. Also, the Unit 3 of the Norochcholai power plant, which is currently undergoing renovations, is scheduled to resume for power generation before the end of this month. With that, the Public Utilities Commission of Sri Lanka is confident that there will be uninterrupted electricity supply. In addition, we (The Commission) discussed with the Governor of the Central Bank of Sri Lanka on finding ways to provide the required foreign exchange for the importation of coal and other fuels. We hope the foreign exchange issue will also be resolved in the future.”

The PUCSL says it has also recommended a number of short- and medium-term solutions to face the power crisis. The short-term proposals include reducing the demand for electricity through an accelerated power conservation program with the support of the electricity consumers.

In addition, steps have already been taken to make effective use of state-owned and private sector owned generators as a medium-term solution, it said. In Sri Lanka more than 3000 MW of capacity is owned by various state and private organizations and, a methodology will be introduced to supply power efficiently from those generators, the commission said. Also, the possibility of connecting such generators to the national grid in the future is being studied. The PUCSL has also recommended to install the solar and wind power systems as soon as possible.