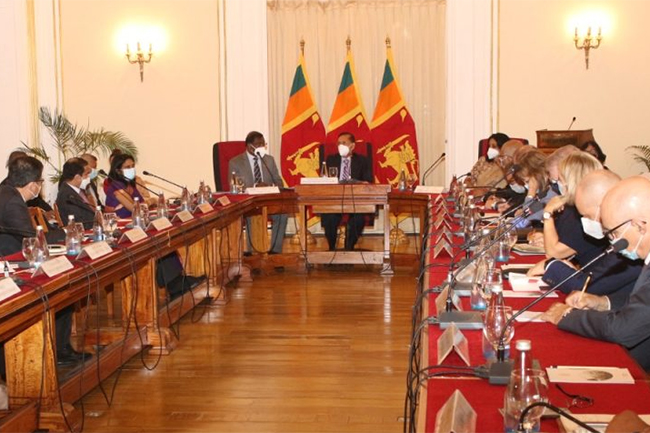 Foreign Minister Prof. G.L. Peiris addressed the diplomatic corps at the Foreign Ministry Auditorium on Wednesday (January 26) during the first diplomatic briefing for the New Year.

He appreciated the opportunity to meet with the entire diplomatic corps as a continuation of the regular briefings organized by the Ministry to share current developments.

The objective of this briefing was to share information on progress related to human rights and reconciliation as part of the continued engagement ahead of the upcoming 49th Session of the Human Rights Council, which will commence in the last week of February.

Foreign Minister Peiris said the government of Sri Lanka has undertaken substantial steps with a view to accountability, restorative justice and meaningful reconciliation which were efforts due to the work of domestic institutions and invited the heads of these institutions to brief on the tangible progress made.

Accordingly, presentations on the progress of domestic institutions during the past year were made by Chairperson of the Office for Reparations (OR) Dhara Wijayatilake, Director General of the Sustainable Development Council (SDC) Chamindry Saparamadu, Director General of the Office for National Unity and Reconciliation (ONUR) Deepthi Lamahewa, Head of Protection & Legal of the Office of Missing Persons (OMP) J. Thatparan and Director of the Research and Monitoring of the Human Rights Commission of Sri Lanka (HRCSL) Nihal Chandrasiri.

The minister was particularly pleased to inform that after 43 years, the Prevention of Terrorism Act is being amended with the objective of bringing it in line with international norms and best practices.

He informed that Cabinet approval has been obtained to gazette the Bill containing the proposed amendments and thereafter to table the Bill in Parliament for final approval and explained that the PTA is being amended after lengthy deliberations over several months.

Prof. Peiris added that substantive amendments to the PTA include amendments to the sections on detention orders, restriction orders, expressly recognizing judicial review of orders, expeditious disposal of cases of those charged to avoid long term detention, repealing sections impinging on freedom of expression and introduction of provisions on access by magistrates and judicial medical officers, prevention of maltreatment and torture during the detention period, right to communicate with the family, grant of bail to long term detainees and day to day hearing of cases.

The Foreign Minister also referred to the establishment of an Advisory Board under Section 13 of the PTA to advise the Minister of Defence on long term detainees. Any person who has been issued a detention order or a restriction order under the PTA is provided an opportunity to request a review of the Order.

In addition, presidential pardons were granted to 16 LTTE cadres serving sentences under the PTA in June 2021 and a legal and administrative process has been set in motion to release detainees who have been in judicial custody for extended periods under charges relating to the PTA. Accordingly, 13 more persons were discharged as of 13 January, 2022.

Foreign Minister Peiris also referred to recent developments relating to Hejaaz Hizbullah noting that a case has been filed by the Attorney General under the PTA. The Attorney General has informed the Court of Appeal that he will not object to bail being granted to the accused.

With regard to the Presidential Task Force on Archaeological Heritage Management, the Minister informed that representatives of the Tamil and Muslim communities had been included.

The foreign minister informed the Heads of Mission of the visits he had undertaken to the Eastern, Southern and Central provinces and his forthcoming visit to the Northern province of Sri Lanka with the objective of engaging in consultations with various stakeholders including politicians, government officials, intellectuals and academics, members of civil society organizations at the grassroots to discuss and obtain feedback on various measures the government has already taken to achieve the Sustainable Development Goals and on human rights and reconciliation efforts.

The Resident Coordinator of the United Nations Hanaa Singer-Hamdy appreciated the work done by the relevant national institutions in the areas of transitional justice, achievement of the SDG’s and amendments to the PTA.

The Ambassador of Egypt Maged Mosleh highlighted the importance of the international community working with Sri Lanka to promote human rights and reconciliation and observed the impressive achievements made by Sri Lanka in combating terrorism and dealing with its aftermath. 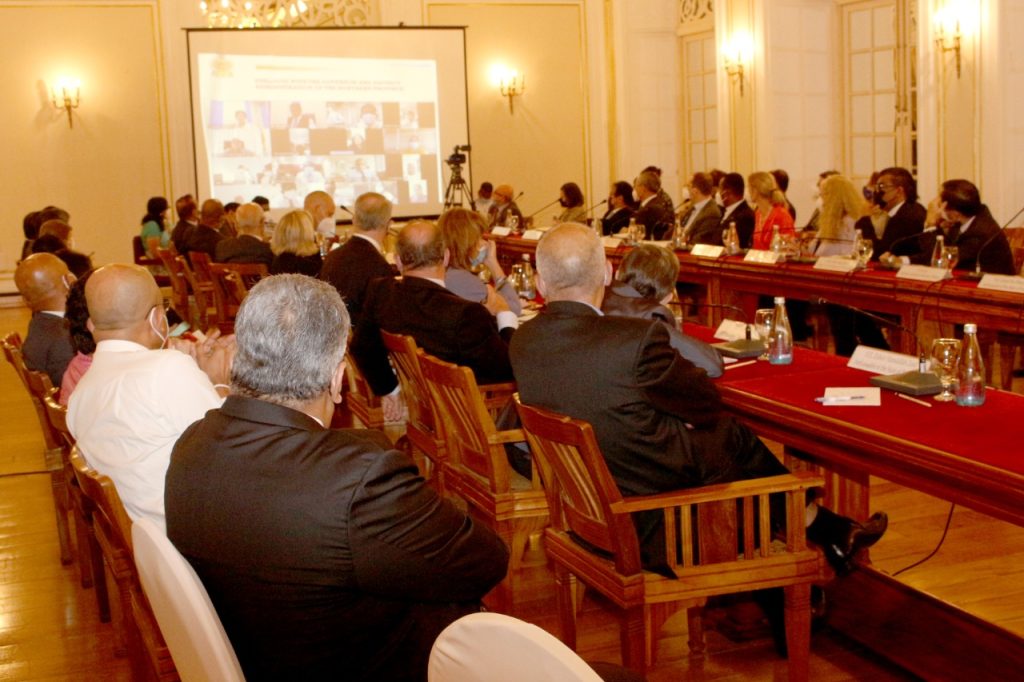 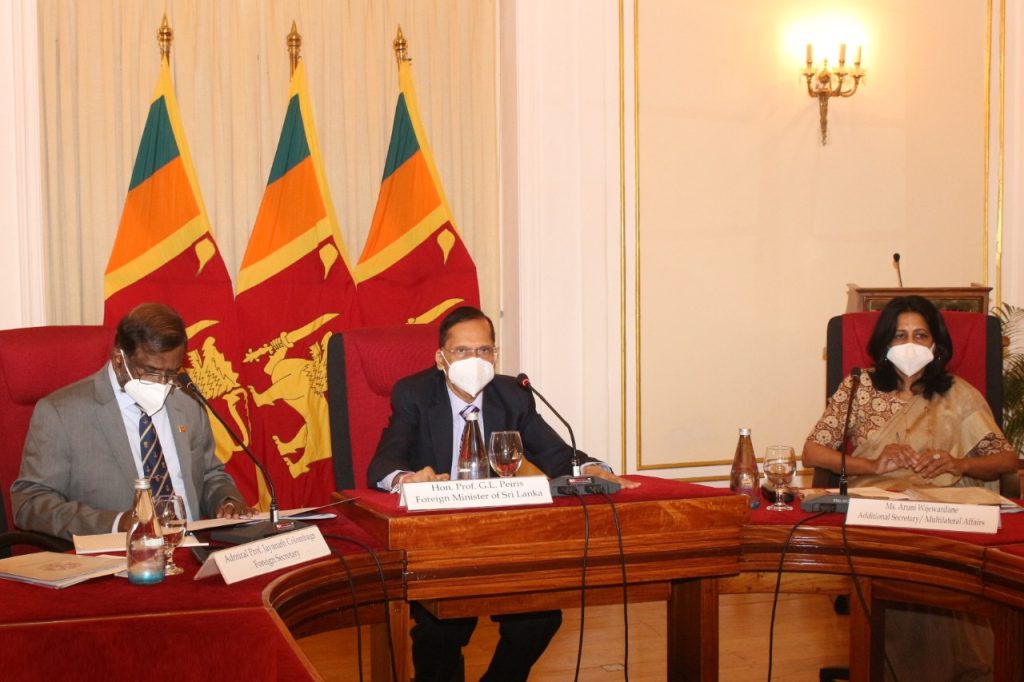