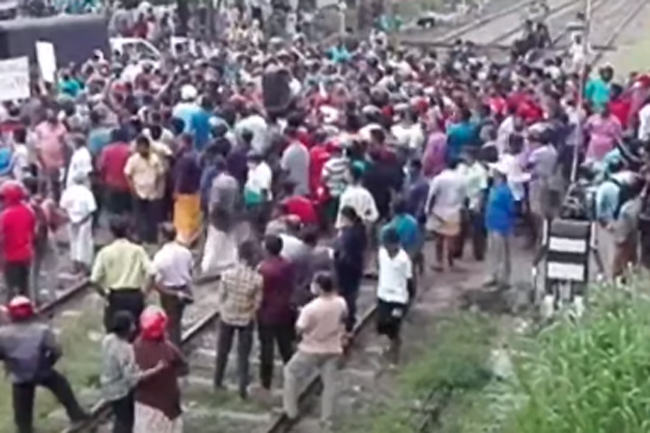 The police have fired tear gas to disperse protesters who have been blocking the level crossing in Rambukkana for more than 15 hours, says Ada Derana correspondent.

People, who were standing in long queues to obtain fuel since early this morning (April 19), staged a protest in Rambukkana, completely blocking the area.

According to reports, the protesters had blocked all entry and exit roads to Rambukkana town, urging the authorities to provide fuel at previous rates.

Vehicular movement on roads and train operations on the Main Line were thereby hindered by the demonstration.