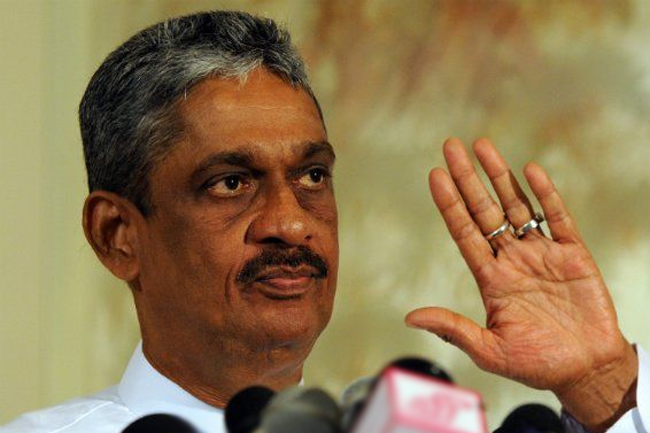 Will not accept any positions under incumbent President - Fonseka

Field Marshal MP Sarath Fonseka has stated that he would not be accepting any position in a government with Gotabaya Rajapaksa as the President.

He made this remark in a statement published on his Facebook handle in response to the speculations about the premiership.

MP Fonseka stressed that he would not be a part of resolving the ‘Rajapaksa crisis’ without a discussion with the Galle Face Green protesters.