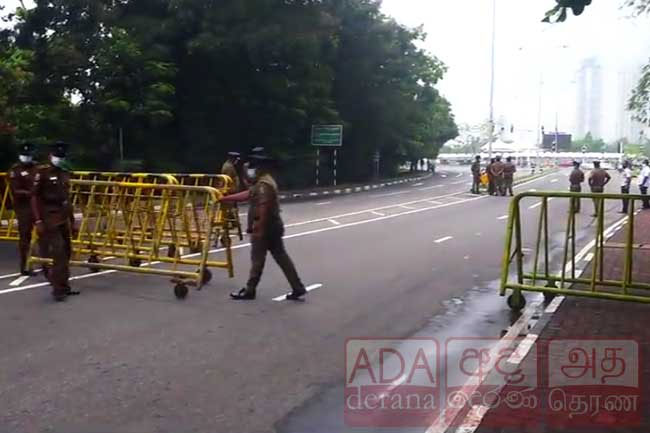 Hence, the motorists are urged to use alternate routes for the time being.

Traffic congestion is reported in the area due to the road closure, according to Ada Derana correspondent.

The parliament is scheduled to convene this morning (May 17). Accordingly, a new Deputy Speaker will be elected following the commencement of the proceedings of the House.

Two parliamentarians are nominated for the position vacated by MP Ranjith Siyambalapitiya.

A secret ballot will take place in the House to elect a new Deputy Speaker of Parliament between the aforementioned two nominees.