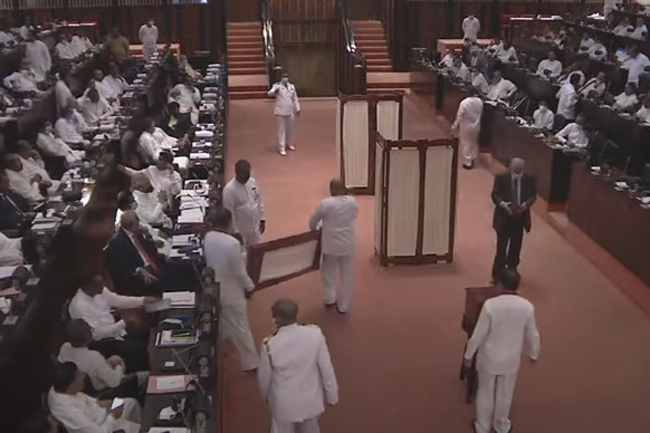 Two parliamentarians have been nominated for the position of Deputy Speaker of Parliament, Speaker Mahinda Yapa Abeywardena announced today following the commencement of the proceedings of the House.

Accordingly, a secret ballot is taking place in the House to select the new Deputy Speaker, the position which was vacated by MP Ranjith Siyambalapitiya twice this year.

However, MP Wimal Weerawansa, opposing a vote to elect a new Deputy Speaker of Parliament, stressed that a cost of approximately Rs. 9 million is required for this. The lawmaker said an agreement should be reached without opting for a secret ballot.