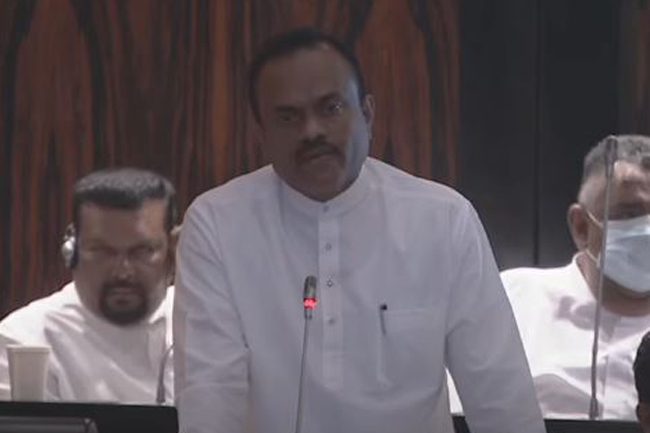 The nominee of ruling party Sri Lanka Podujana Peramuna (SLPP) MP Ajith Rajapakse has been selected as the new Deputy Speaker of Parliament in a secret ballot that took place in the House today.

He obtained 109 votes in total. He was voted in with a majority of 31 votes as MP Rohini Kumari Wijerathna, the main opposition Samagi Jana Balawegaya’s nominee, secured 78 votes.

Following the commencement of parliamentary proceedings this morning, Speaker Mahinda Yapa Abeywardena announced the two nominations to the House.

Opposition Leader Sajith Premadasa had proposed the name of MP Rohini Kumari Wijerathna on behalf of the SJB. It was seconded by MP Lakshman Kiriella.

MP Ajith Rajapakse was nominated by Minister G.L. Peiris on behalf of the ruling party.

Accordingly, a secret ballot was called in the House to select one out of the two nominations for the Deputy Speaker position, which was left vacant after MP Ranjith Siyambalapitiya resigned from the post twice this year.

However, MP Wimal Weerawansa, opposing a vote to elect a new Deputy Speaker of Parliament, had stressed that a cost of approximately Rs. 9 million is required for this. The lawmaker said an agreement should be reached without opting for a secret ballot.