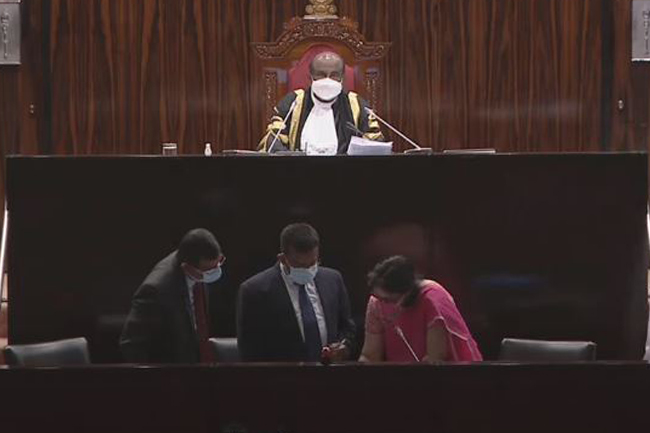 The proposal to suspend Parliament Standing Orders to take up the debate on the motion expressing displeasure against President Gotabaya Rajapaksa as a matter of urgency was defeated in the Parliament today (May 17).

The proposal tabled by Tamil National Alliance (TNA) MP M.A. Sumanthiran was rejected in the parliament by a majority vote of 51 votes.

A total of 119 lawmakers had voted against the motion while 68 voted in favour.

Thereby, the motion expressing displeasure against the President will not be taken up for debate in the House as a matter of urgency.