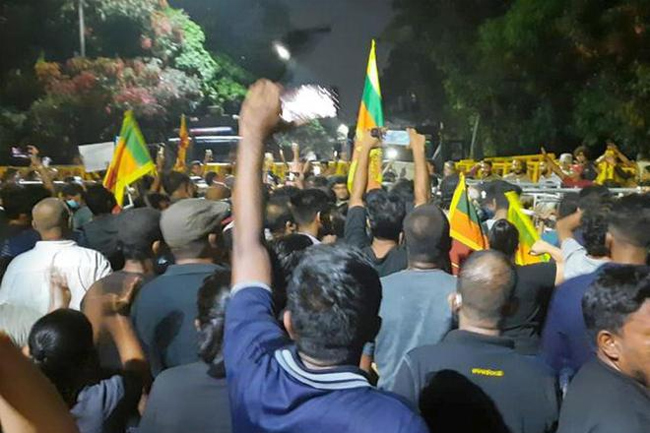 Series of island-wide protests to be launched tomorrow

A series of protests will be launched tomorrow (May 18) across the island against the arbitrary arrests made in the wake of the unrest that broke out last week, the Trade Union Coordinating Centre (TUCC) says.

Addressing a media briefing in Colombo, the co-convener of TUCC Wasantha Samarasinghe said the protests will be carried on for three days in total.

He said the trade unions hope to seek legal action against those who incited violence from inside the Temple Trees.

The trade unions will compel the government and the Inspector-General of Police to take them into custody, Samarasinghe added.

A series of protests is proposed to be launched from tomorrow (May 18) opposite office premises and in towns, Samarasinghe said, inviting the public to rally near the Colombo Fort Railway Station at 2.00 p.m. for a massive demonstration.

Meanwhile, the chief secretary of the Ceylon Teachers’ Union (CTU) Mahinda Jayasinghe said the teachers and principals will support this series of trade union action.