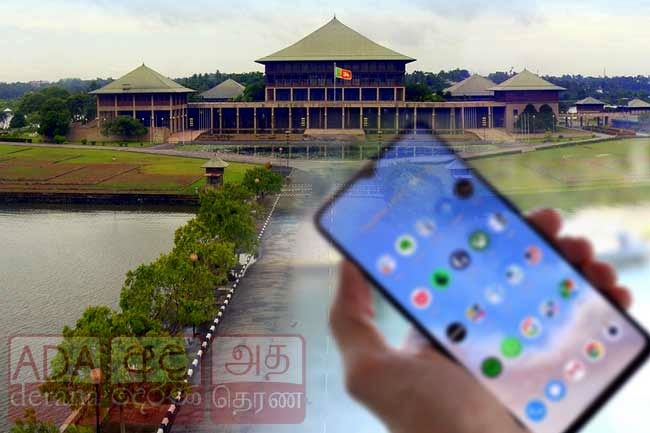 Mobile phones of two journalists forcibly taken away in parliament?

The mobile phones belonging to two journalists have reportedly been forcibly taken away from them inside the Parliament complex today (17).

Ada Derana reporter said that the mobile phones of local journalists Prageeth Perera and Kasun Samaraweera have been taken away in this manner.

It is reported that as ruling party’s MPs were leaving following a meeting of the parliamentary group of the ruling party, the journalists in question had been engaged in reporting the event using their mobile phones.

At that moment, parliamentarians D. Weerasinghe and Indika Anuruddha had forcibly taken away their phones, the journalists alleged.

Meanwhile MP Prof. Channa Jayasumana had also reprimanded them over the incident, they added.

It is further reported that the two journalists had subsequently left the parliament premises and that their mobile phones are yet to be returned to them.