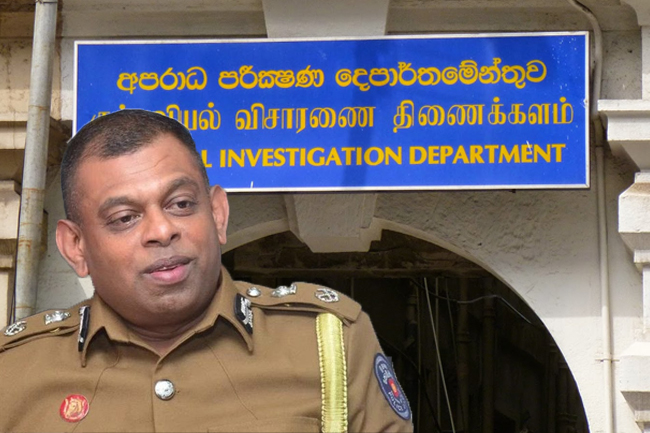 Senior DIG in charge of the Western Province Deshabandu Tennakoon is currently recording a statement at the Criminal Investigation Department (CID) over the unrest that unfolded near the Temple Trees and at Galle Face Green on the 9th of May.

Earlier today, it was reported that the Inspector-General of Police (IGP) has directed the CID to act in compliance with the directives of the Attorney General with regard to the investigations into the incidents.

In a statement, the police media division said 22 suspects involved in recent violence have been identified so far.

The Attorney General, on Monday (May 16), instructed the CID to arrest 22 suspects including MPs Johnston Fernando, Milan Jayatilake, Sanath Nishantha, Sanjeewa Edirimanna and Senior DIG in charge of Western Province Deshabandu Tennakoon, if sufficient evidence is available against them over the attack on anti-government protest sites in Colombo last week.

The Attorney General’s Department had further instructed the CID that it is crucial to record the statements of those against whom foreign travel bans have already been obtained.