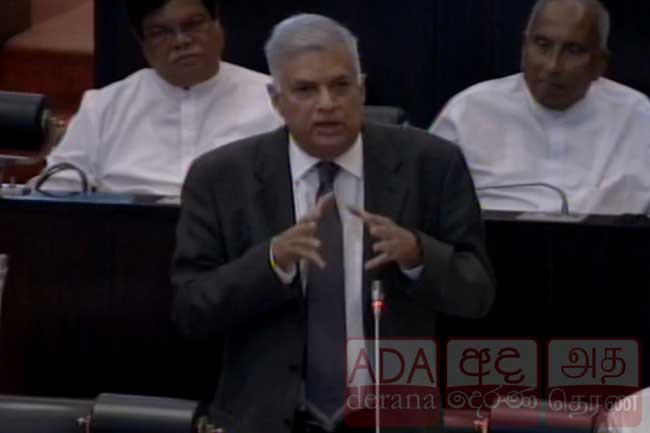 Addressing today’s parliamentary session, the prime minister said the National Council should be established as the first step towards a change in the parliamentary culture.

Delivering his speech, PM Wickremesinghe stressed that a new code of conduct should be introduced for the Members of Parliament. A Parliamentary Standards Act is also needed for this purpose, he added.

The prime minister appealed to the lawmakers of the ruling party and the opposition to unite to change the existing parliamentary culture. “Let’s discuss our issues. If we cannot discuss them here, let’s talk them out outside the parliament.”

He also condemned the parliamentarians interrupting fellow members when they are delivering speeches in the House.