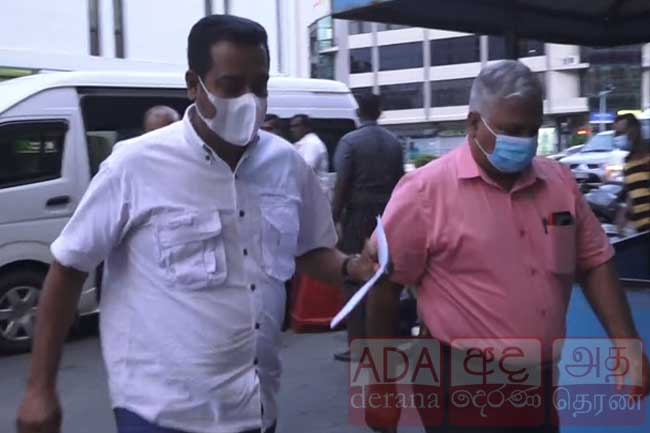 Sanath Nishantha and Milan Jayathilake to be produced before court today

SLPP MPs Sanath Nishantha and Milan Jayathilake, who were arrested in connection with the attack on the anti-government protest sites in Colombo on the 9th of May, are slated to be produced before the court today.

The Criminal Investigation Department had arrested MP Nishantha at the Flower Road in Colombo last evening. He was later brought to the CID headquarters to record a statement.

MP Jayathilake was apprehended near the Sri Sambuddhathva Jayanthi Mandiraya in Colombo.

Meanwhile, Senior DIG in charge of Western Province Deshabandu Tennakoon has left the CID headquarters after recording a statement regarding the recent unrest for more than 10 hours.

The CID was further instructed that it is crucial to record the statements of those against whom foreign travel bans have already been obtained.