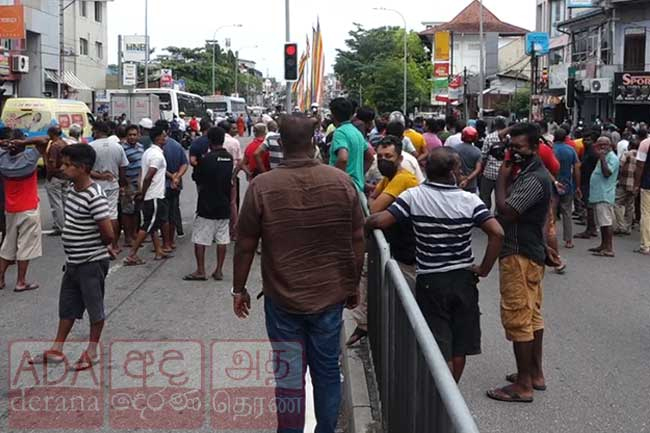 UPDATE: The Borella-Maradana road is now cleared for traffic after it was blocked by protesters demanding fuel.

The Borella-Maradana road has been blocked in front of the Ananda College by a group of protesters demanding fuel, says Ada Derana correspondent.

According to reports, vehicular movement on the road is interrupted by the demonstration.