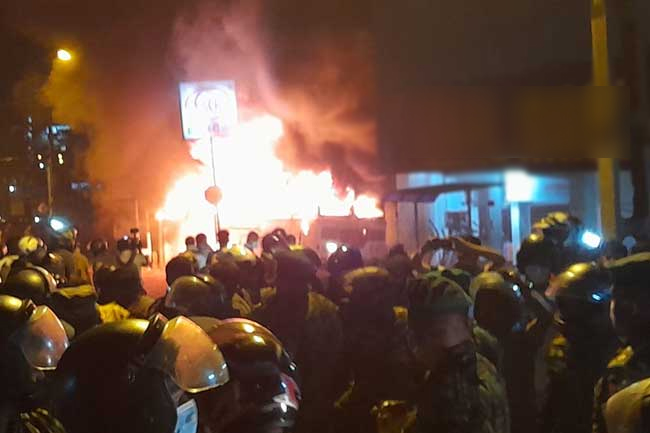 A 42-year-old man has been arrested on suspicion of torching an army bus during the protest staged in front of the President’s residence in Pengiriwatte, Mirihana on the 31st of March.

The arrest was made by the Criminal Investigation Department, in the area of Deraniyagala today (May 19).

A protest was staged near the President’s residence in Mirihana on March 31, demanding immediate solutions to the various crises faced by the people of the country.

A tense situation during the protest, which ended with clashes between protesters and police officers after tear gas was used to disperse the crowd, had led to the arrest of several dozens of protesters by the police.

Earlier this week, the CID announced that it is seeking public assistance to apprehend the suspects who had incited tensions and torched public property during the Mirihana protest.

Members of public were accordingly requested to inform on any information about the suspects to the following contact numbers via calls or WhatsApp messages: