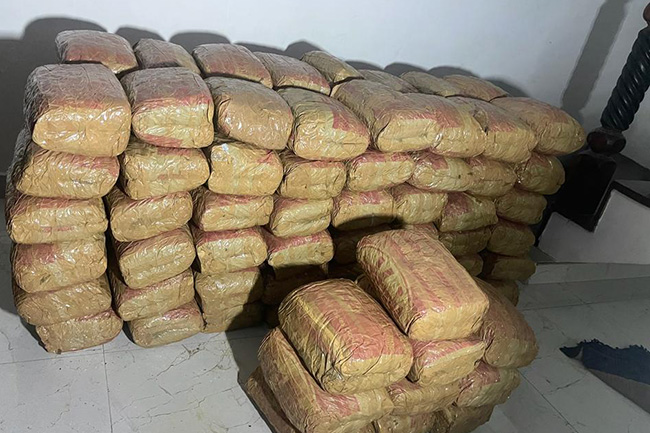 The Police Narcotics Bureau (PNB) has arrested two persons who were in possession of 450kg of Kerala cannabis.

The arrests were made in Gonawala area in Sapugaskanda police division this evening (May 21).

According to reports, the seized cannabis haul is worth approximately Rs. 51 million.

One of the arrestees is a 32-year-old woman residing in the area of Badulla. The other is a 34-year-old man from Gonawala area.

In addition, a lorry used to transport the cannabis consignment was also taken into the custody of the PNB.