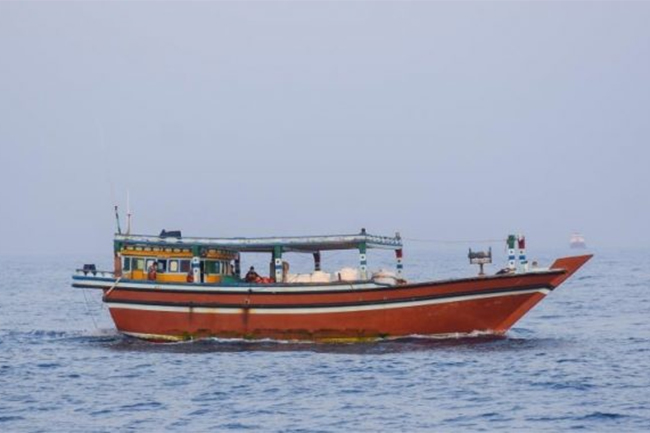 Sri Lanka Navy says it managed to seize two suspicious local multiday fishing trawlers with 45 individuals aboard, during patrols carried out in southern and western seas.

SLNS Gajabahu patrolling in southern waters had held a local multiday fishing trawler suspiciously plying off the southern coast with 26 persons aboard.

In the same vein, Fast Attack Craft P 481 of the 04th Fast Attack Flotilla had intercepted another suspicious local multiday fishing trawler carrying 19 individuals, during a patrol conducted in the western sea area today (May 27).

The suspects who were aboard the two multiday fishing trawlers, which were seized after being observed not seaworthy for a passage, are reportedly residents of Kalpitiya, Chilaw, Puttalam, Negombo and Kilinochchi areas.

These individuals are suspected to be on an illegal migration attempt to a foreign country via sea routes. The accused and the multiday fishing trawlers are to be handed over to relevant authorities for onward legal action, the navy said further.

In its statement, the navy noted that following latest political developments in different parts of the world, human traffickers tend to plot illegal migration journeys, deceiving people for a fast buck. In such a backdrop, the Navy has urged the general public to refrain from risking their lives and property embarking on perilous sea voyages by unseaworthy vessels and becoming victims in the eyes of the law, being caught in the tricks of smugglers.