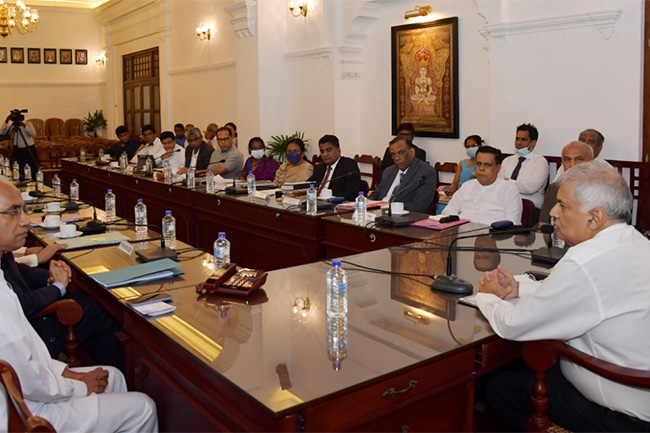 All-party reps unanimously decide to submit 21A in Cabinet

Minister Nimal Siripala de Silva says a unanimous decision was taken at the all-party meeting to present the draft 21st constitutional amendment to the Cabinet of Ministers on the 6ht of June.

A meeting of political party leaders, chaired by PM Ranil Wickremesinghe, was convened on Friday (May 27) to discuss the draft 21st amendment to the constitution.

The party leaders had presented their observations regarding the draft amendment during the discussion.

Taking to his official Twitter handle, PM Wickremesinghe said a final meeting was scheduled for next Friday (June 03) as the Tamil National Alliance was unable to attend Friday’s meeting.

He also said he is pleased that there was a general consensus regarding the need to amend and pass a 21st amendment to the constitution.

The Janatha Vimukthi Peramuna (JVP), which did not take part in the meeting, said its proposals for the constitutional amendments will be submitted to the Ministry of Justice.