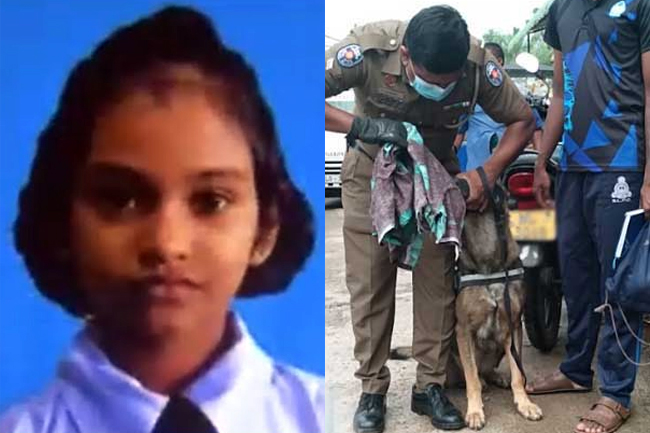 The police have deployed four teams in search of the nine-year-old girl named Fatima Ayesha who was reported missing from Atulugama area.

According to a senior police officer, the father of the missing girl is facing lengthy interrogations over the incident.

A complaint was filed with the police after the girl, who went to a nearby shop to buy some food items, did not return home. Footage obtained from a CCTV camera showed the girl leaving the shop after buying food.

In addition to the officers of Bandaragama Police, the Crimes Investigation Division of Panadura Police and intelligence officers are also jointly conducting investigations into the incident.

It is reported that the focus of the investigating teams has fallen on a close relative of the girl, residing in the area of Panadura.

A post on Facebook meanwhile stated that the girl was seen with a woman at the Colombo Fort bus stand.

The investigators have recorded statements from nearly 20 individuals over the disappearance of Fatima Ayesha.