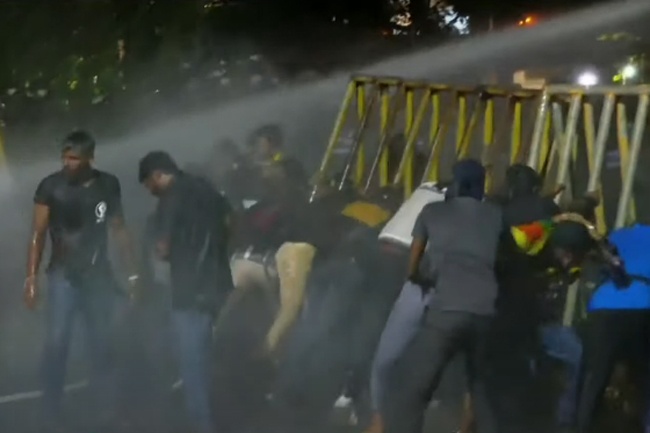 The police have fired tear gas and used water cannons to disperse the anti-government protesters engaged in a demonstration near the World Trade Centre this evening (May 28).

A massive protest march was organized today in view of the 50th consecutive day of the ‘GotaGoGama’ protest site at the Galle Face Green.

The court order states that the protesters are prohibited from forcibly entering or damaging public institutions and official residences in the Colombo Fort police division, or obstructing the duties of officers in the area.