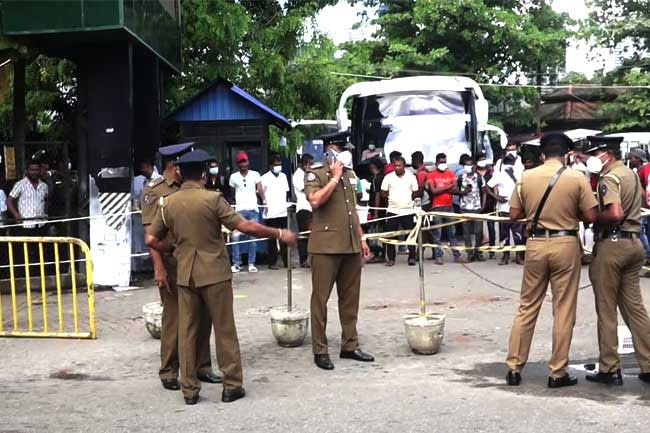 One dead, another critical after shooting at Bastian Mawatha

One person has been killed while another has been critically injured and hospitalized following a shooting incident near the Bastian Mawatha Bus Stand in Colombo.

Ada Derana reporter said that the shooting had been carried out by two individuals who had arrived on a motorcycle this morning (30).

Two persons were rushed to the Colombo National Hospital with gunshot wounds while one of them, a 30-year-old male, had died shortly after while the other is still receiving treatment.

He is currently undergoing surgery and is in critical condition, according to hospital sources.