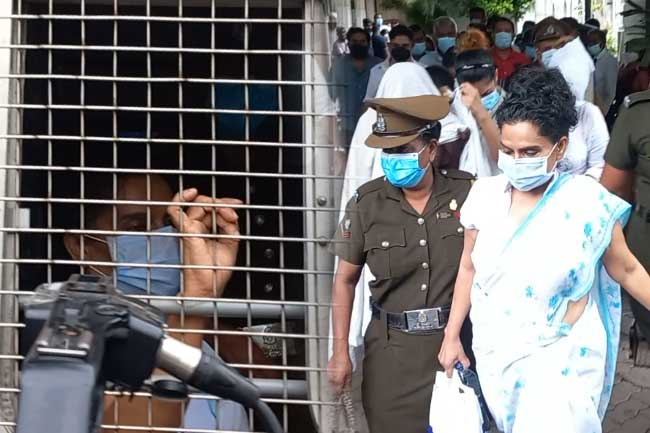 Former Minister Wimal Weerawansa’s wife, who was found guilty of producing falsified documents to obtain a diplomatic passport, has been released on bail until the conclusion of the appeal hearing.

The bail application filed by the attorneys of Shashi Weerawansa was taken up for consideration before the Colombo Magistrate’s Court this morning.

On May 27, Shashi Weerawansa was sentenced to two years of rigorous imprisonment after she was convicted of producing forged documents to obtain a diplomatic passport. She was also imposed a fine of Rs. 100,000.

Later, the attorneys representing Shashi Weerawansa filed an appeal challenging the prison sentence handed down to their client. They had also submitted a bail application requesting the court to release the client on bail until the conclusion of the hearing of the appeal.

The Criminal Investigation Department (CID) had filed the lawsuit against Shashi Weerawansa during the administration of the Yahapalana Government, charging her with submission of falsified documents to secure a diplomatic passport.