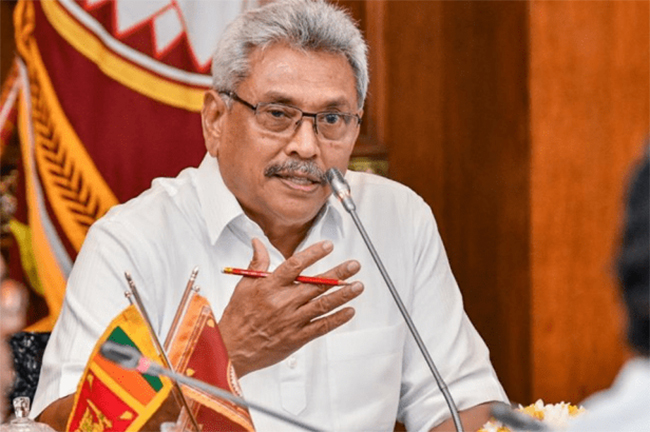 President Gotabaya Rajapaksa today (June 11) categorically stated that he had not given the authorization at any time to award a wind power project in Mannar to any person or any institution.

The President vehemently denied the statement made by the Chairman of the Ceylon Electricity Board at the Parliamentary Committee on Public Enterprises (COPE) on the matter.

Sri Lanka is currently in an acute shortage of power and President desires to expedite the implementation of mega power projects as early as possible, however, no undue influence will be used in awarding such projects, the President said further, issuing a statement in this regard.

The statement reads those project proposals for large-scale renewable energy projects are limited, but special attention will be paid to the selection of institutions for the projects, which will be carried out strictly in accordance with the transparent and accountable system by the government of Sri Lanka.