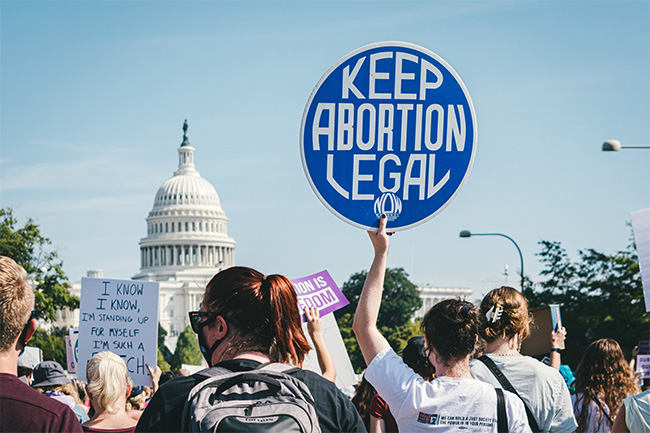 The U.S. Supreme Court on Friday overturned the landmark 1973 Roe v. Wade ruling that recognized women’s constitutional right to abortion, a decision condemned by President Joe Biden that will dramatically change life for millions of women in America and exacerbate growing tensions in a deeply polarized country.

The court, in a 6-3 ruling powered by its conservative majority, upheld a Republican-backed Mississippi law that bans abortion after 15 weeks of pregnancy.

The vote was 5-4 to overturn Roe, with conservative Chief Justice John Roberts writing separately to say he would have upheld the Mississippi law without taking the additional step of erasing the Roe precedent altogether.

The reverberations of the ruling will be felt far beyond the court’s high-security confines - potentially reshaping the battlefield in November’s elections to determine whether Biden’s fellow Democrats retain control of Congress and signaling a new openness by the justices to change other long-recognized rights.

The decision will also intensify debate over the legitimacy of the court, once an unassailable cornerstone of the American democratic system but increasingly under scrutiny for its more aggressively conservative decisions on a range of issues.

The ruling restored the ability of states to ban abortion. Twenty-six states are either certain or considered likely to ban abortion. Mississippi is among 13 states with so-called trigger laws to ban abortion with Roe overturned. (For related graphic click https://tmsnrt.rs/3Njv3Cw)

In a concurring opinion that raised concerns the justices might roll back other rights, conservative Justice Clarence Thomas urged the court to reconsider past rulings protecting the right to contraception, legalizing gay marriage nationwide, and invalidating state laws banning gay sex.

The justices, in the ruling written by conservative Justice Samuel Alito, held that the Roe decision that allowed abortions performed before a fetus would be viable outside the womb - which occurs between 24 and 28 weeks of pregnancy - was wrongly decided because the U.S. Constitution makes no specific mention of abortion rights.

Women with unwanted pregnancies in large swathes of America now may face the choice of traveling to another state where the procedure remains legal and available, buying abortion pills online, or having a potentially dangerous illegal abortion.

Kavanaugh also said that the ruling does not let states bar residents from traveling to another state to obtain an abortion, or retroactively punish people for prior abortions.

Biden condemned the ruling as taking an “extreme and dangerous path.”

“It’s a sad day for the court and for the country,” Biden said at the White House. “The court has done what it has never done before: expressly take away a constitutional right that is so fundamental to so many Americans.”

Biden urged Congress to pass a law protecting abortion rights, an unlikely proposition given its partisan divisions. Biden said his administration will protect women’s access to medications approved by the U.S. Food and Drug Administration including pills for contraception and medication abortion, while also combating efforts to restrict women from traveling to other states to obtain abortions.

Britain, France and some other nations called the ruling a step backward, although the Vatican praised it, saying it challenged the world to reflect on life issues. read more

New Zealand Prime Minister Jacinda Ardern said the decision was “a loss for women everywhere”. “Watching the removal of a woman’s fundamental right to make decisions over their own body is incredibly upsetting,” she said in a statement.