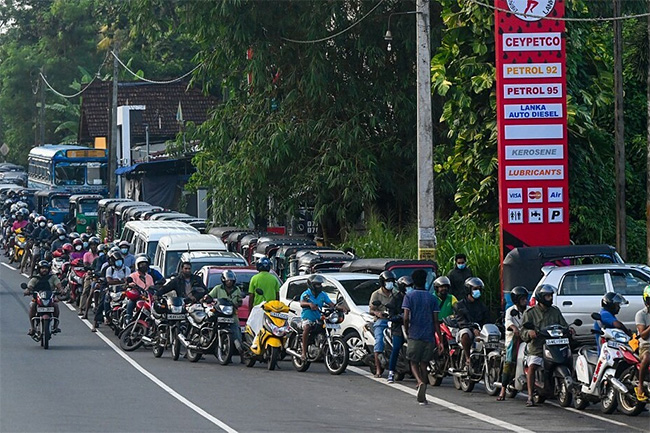 The shipments of petrol, diesel and crude oil, which were scheduled to arrive in Sri Lanka earlier this week and next week, would be further delayed, Power & Energy Minister Kanchana Wijesekara tweeted today.

The suppliers have communicated the inability to fulfill the deliveries on time for banking and logistic reasons, the Ceylon Petroleum Corporation (CPC) has informed the lawmaker.

In his tweet, Minister Wijesekara noted that public transportation, power generation and industries would be given priority until the next shipments arrive at the port and are unloaded.

As a result, limited stocks of diesel and petrol will be distributed to limited filling stations throughout next week.

Accordingly, the minister appealed to the general public not to queue up for fuel.

Due to the latest development, the CPC, at the moment, is unable to confirm the dates of arrival of the fuel shipments, he said further, adding that refinery operations will be temporarily halted until the next crude shipment arrives.

“We are working with all new and existing suppliers. I apologize for the delay and inconvenience.”

Fuel Update
1) Regret to inform that CPC has informed me that the suppliers that had confirmed Petrol, Diesel and CrudeOil Shipments to arrive earlier this week and next week has communicated the inability to fulfill the deliveries on time for banking and logistic reasons.