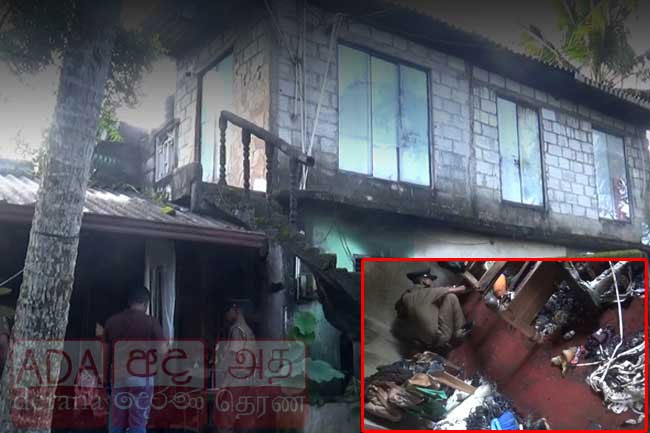 Two persons have succumbed to burn injuries after four members of the same family were hospitalized following a fire which broke out at their home in Kahatuduwa.

Police said that four persons including the father, mother and their two children were admitted to hospital after a fire had broken out at inside a room of the residence last night (25).

They had been rushed to the Homagama Hospital and were later transferred to the Colombo national Hospital for further treatment.

However, the 41-year-old father and the 38-year-old mother had succumbed to injuries while receiving treatment at the Colombo National Hospital, a spokesman for the hospital said.

Their 18-year-old daughter, who is in critical condition, is being treated in the intensive care unit (ICU) of the National Hospital while the other 4-year-old daughter has been admitted to the Lady Ridgeway Hospital for Children.

The fire has also caused damages to the family’s home while the cause of the fire is yet to be ascertained, police said.